Passover starting tonight means no bread for the next eight days. You’d think that would mean no pizza, but all is not lost. Making a crust of crushed matzo means you can still keep kosher and have the delicious treat. 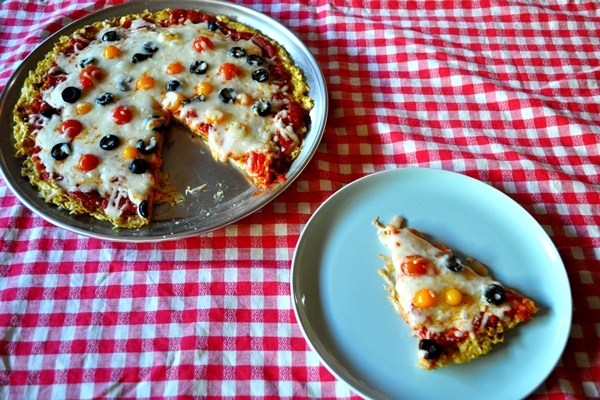 As you know, pizza is one of my favorite dinner options, especially on the weekend. But with Passover starting tonight, that means no bread or flour for the next eight days, which in turn means no pizza because of course the crust is made of flour. But a local pizza chain is having a special just for Passover — they’re making a matzo version available to all their patrons. I thought it was a brilliant idea. But rather than just melting some cheese and tomato sauce on a square piece of matzo, I thought it’d be much better to make a whole crust out of the Passover-friendly cracker. The result was better than I could have imagined. The crust was delicious and the pizza was just as good as if we’d ordered in. But the best news is, now I don’t have to live on haroset sandwiches for the next eight days.