Shepherd’s pie is a simple casserole that usually consists of mashed potatoes, ground beef, peas and carrots. But adding a bechamel sauce and some puff pastry makes this version rich, cheesy and out of this world. 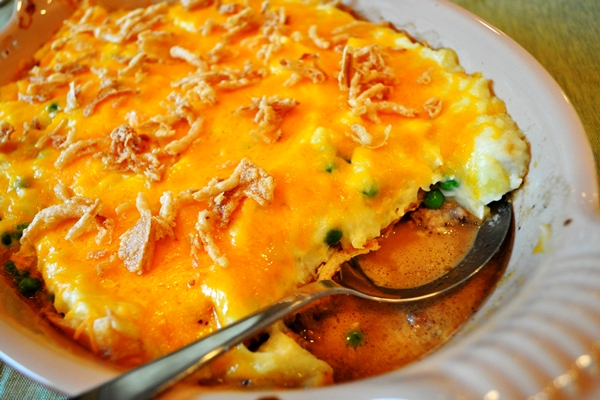 Casseroles are one of the greatest dinner options ever created. All the ingredients get mixed together, thrown into a large casserole dish and baked in the oven to create a rich, delicious meal the whole family will love. One of the classic casseroles is a shepherd’s pie. While I’ve made a few different kinds, they’re all basically the same in that each pie has a layer of some kind of ground meat, a layer of mixed vegetables and then it’s topped with a thick blanket of mashed potatoes. But a few weeks ago, The Chew put together a shepherd’s pie that was unlike anything I’d ever seen. Yes, it had those three basic layers, but then Carla and Clinton added another five to make it extra special. That’s right, this was a shepherd’s pie with eight layers, each one better than the last, creating a pie that wasn’t just awesome, it was delicious too.