If you have daily cravings for dark chocolate, you’ve got to try cocoa nibs. Never heard of them? These crunchy little gems are roasted and crushed cocoa beans that deliver the true essence of chocolate, without the sugar, and are delectably loaded with antioxidants. 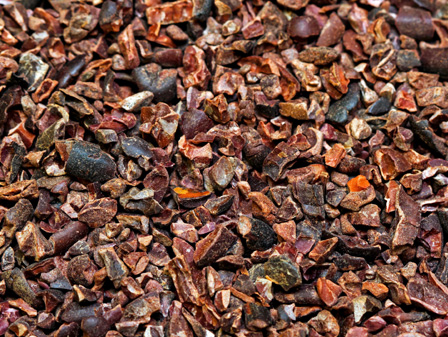 From upscale dessert menus to your local health foods deli, cocoa nibs are growing in popularity and becoming more readily available. Here’s more on cocoa nibs and three cocoa nibs recipes to get your chocolate fix.

What are cocoa nibs?

Cocoa nibs, also called chocolate nibs or labeled as cacao nibs, are about as close as you can get to unprocessed chocolate. They are essentially roasted cocoa beans that have been separated from their husks and crushed into small bits. Because cocoa nibs are minimally processed, they boast more antioxidants than your candy aisle chocolate. Cocoa nibs are a health-conscious chocolate lover’s answer to satisfying a chocolate craving without the added sugar found in candy bars. Cocoa nibs can replace chocolate morsels in cookies or brownies and can be added to other baked goods or used as a garnish for desserts. Because cocoa nibs aren’t sweet, they can also deliciously lend their intense chocolate flavor to savory dishes.

Where can I buy cocoa nibs?

If cocoa nibs are a new ingredient for you, you’re probably wondering where you can buy them. Check with your local health food grocer, co-op or gourmet food market; if they don’t carry cocoa nibs, request an order. You can also buy cocoa nibs online. Be warned that, like chocolate bars, different brands will have their own unique flavors. My favorite source for cocoa nibs is NavitasNaturals.com. They also have a tasty assortment of other cocoa products including cocoa beans, cocoa powder, sweetened cocoa nibs, cocoa butter and cocoa paste. 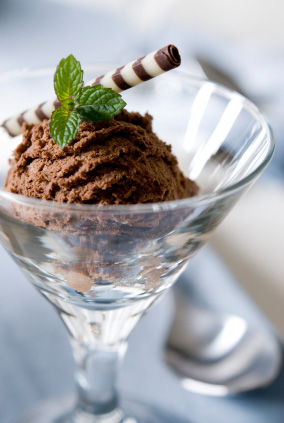 Cinnamon and a dash of chipotle powder give this decadent dark chocolate dessert recipe a spicy surprise while the cocoa nibs add a lovely crunch and intense depth of chocolate flavor.

Up next: More recipes with cocoa nibs >>