Harmful additives and questionable preparation processes have long been a hot topic of discussion in the food world, but how many of us really know the details? Some of the ingredients in the foods we eat everyday may surprise you. 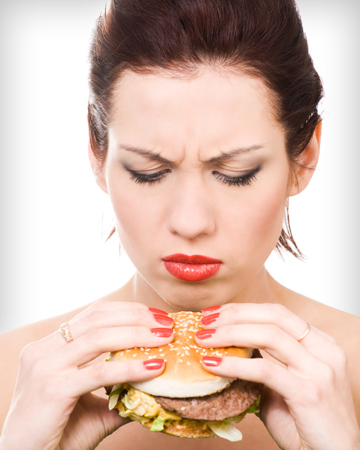 Burgers, chicken and vanilla ice cream are some of the most quintessential American foods and are consumed in mass quantities across the country. Would you continue eating them if you knew that unsafe chemicals were being added? After watching the recent investigation by The Doctors, you might be looking for more natural alternatives to put on your dinner table.

Tune in and get ready to squirm

On Monday, February 27th, tune in to The Doctors talk show (check your local listings) and get the full scoop on what’s really in your food, including a list of additives often found on food labels. Read on for some of the highlights to be discussed.

After the recent controversy regarding the “pink slime” found in McDonald’s hamburgers, many chains have discontinued their use of the meat product consisting of discarded beef treated with ammonia hydroxide (said to kill bacteria like E. coli). But according to The Doctors, schools may still be serving these burgers in their cafeterias, making homemade bag lunches look like the best option.

Have you ever noticed a chlorine taste in your chicken? Probably not, but only because the taste is being hidden. After chicken has been soaked in a potent chlorine bath to disinfect it, it is then plumped with salt water to hide the chlorine taste. The salt water treatment not only covers up the chemicals, but also makes the chicken larger and heavier, meaning you’re paying more for chicken that has been chemically treated. It might be time to go organic.

Find out more about organic chicken >>

Next time you treat yourself to a heaping cone of vanilla ice cream, you could be eating a dose of the ingredient piperonal. Piperonal, a synthetic flavor used as a less expensive substitute for real vanilla, is also found in lice killer.

Break out the ice cream maker and try a homemade version >>

Potassium bromate is a chemical used in bread, and has been banned in places like Canada and the U.K. after being named a carcinogen by the EPA. However, the FDA has approved its use, and it continues to be found in breads and baked goods in the U.S. Another ingredient, azodicarbonamide, used in buns and donuts, is also found in plastic, rubber and foam.

Bake chemical-free bread at home with these recipes >>

To avoid foods with additives and chemicals, The Doctors program suggests buying products with fewer ingredients that don’t contain words you can’t pronounce. Avoiding artificial flavors and colors is also a step in the right direction. Although the higher price of organic food can deter shoppers, organic meat and poultry is a worthwhile place to put the extra money. And of course, if you have the luxury of time, preparing your foods completely from scratch ensures that you know exactly what is going into your meal.

And a test-tube burger to go?
Heading to Vegas? Watch out for the water!
Study links diet soda to strokes, heart attack