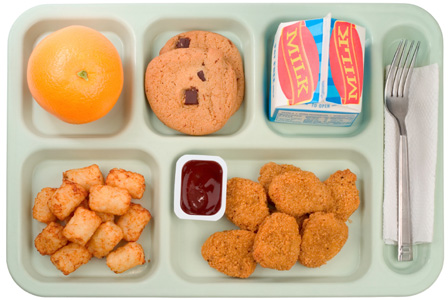 If feeding healthy lunches to your children is important to you, this story might send you reeling. According to the Huffington Post, a West Hoke Elementary School student had her lunch taken away by a state inspector and was fed school cafeteria chicken nuggets in its place.

What was in the lunch bag, anyway?!

Must have been a home packed brown bag full of junk, right? Not so much, according to the student’s mom. If her account of the contents is correct, the only “unhealthy” selection in the child’s lunch was the potato chips and really, are a few potato chips among other healthy items that big of a deal?

The 4-year-old’s mom said her home packed lunch included a turkey and cheese sandwich, a banana, potato chips and apple juice. In its place, the child was given a cafeteria lunch, of which she ate three chicken nuggets.

One might initially think it was the potato chips that were deemed unacceptable, although that seems unlikely when Congress insists that one tablespoon of pizza sauce is a vegetable and considers that part of a healthy school lunch.

Try these easy nutrients to pack into a school lunch >>

So, what was this preschool student’s lunch missing?

Um, nothing. In fact, a Division of Child Development spokesperson said that the child’s home packed lunch should have been just fine.

“With a turkey sandwich, that covers your protein, your grain, and if it had cheese on it, that’s the dairy,” Jani Kozlowski, the fiscal and statutory policy manager for the division, told the Carolina Journal Online. “It sounds like the lunch itself would’ve met all of the standard[s].” Kozlowski said a lunch must include a fruit or a vegetable, but not both.

Learn how to pack the perfect lunch >> 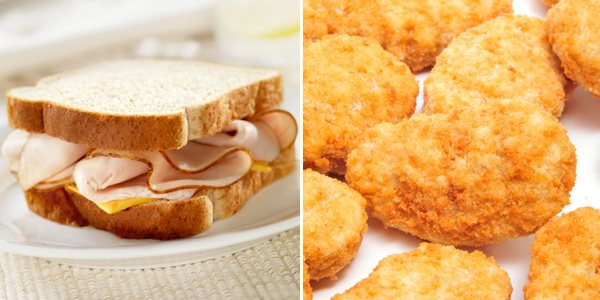 Grand total for a turkey sandwich

It sounds like this is a case of a state inspector making a bad decision, but it’s concerning that this even happened. To add insult to injury, the student’s mom received a note from the school, indicating that her failure to send healthy lunches would result in her child being served school lunches — for $1.25 each.

“The school may have interpreted [the rule] to mean they felt like the lunch wasn’t meeting the nutritional requirements and so they wanted the child to have the school lunch and then charged the parent,” Kozlowski said. “It sounds like maybe a technical assistance need for that school.”

Whatever you want to call it, it’s not good! What do you think about this story? What are the standards for lunch like at your child’s school?