Minnetonka, Minnesota based Michael Foods is recalling hard-cooked eggs soaked in brine that were sent to 34 states. No incidence of listeria contamination has been connected to the eggs as of yet. 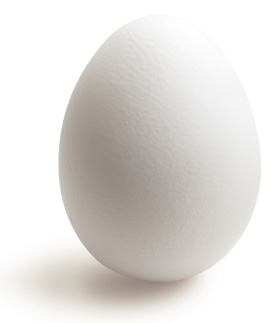 Recall of hard-cooked eggs in brine

Minnetonka, Minnesota based Michael Foods is recalling hard-cooked eggs soaked in brine that were sent to 34 states. No incidence of listeria contamination has been connected to the eggs as of yet.

A Minnesota based company, Michael Foods, is recalling eggs in brine. The eggs were sold in 10- and 25- pound pails under the brand names: Columbia Valley Farms, GFS, Glenview Farms, Papetti’s, Silverbrook and Wholesale Farms. The eggs were sold for institutional use.

So far, no incidences of illness have been connected to the eggs according to the U.S. Food and Drug Administration. However, the company says the eggs could have been contaminated with a listeria strain.

Who should be concerned?

Cantaloupe was recalled last year due to listeria contamination >>

Symptoms of a listeria infection

Listeria is particularly harmful to those with weak immune systems including infants and the elderly. Those suffering from a listeria infection may experience fever, muscle aches, nausea and diarrhea with more severe symptoms involving convulsions, confusion and stiff necks according to the Mayo Clinic. Symptoms can begin anywhere from a few days after a person eats contaminated food up to two months.

Listeria infections during pregnancy can cause grave consequences to the baby while the mother may remain virtually symptom-free. If you think you may be suffering from an infection, pay close attention to signs and symptoms and seek medical attention if it worsens.

Read about the scariest food recalls in 2011 >>