The mystery has been revealed: The “unnamed Mexican chain” at the heart of a salmonella outbreak spread across 10 states has now been confirmed as Taco Bell. 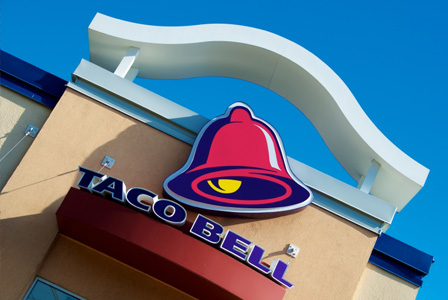 HuffPost Food reported earlier this week that an investigation by Food Safety News was attempting to find the source of a salmonella outbreak. As it turns out, Taco Bell is to blame for the outbreak that sickened at least 68 people in October and November 2011.

Not the first time…

Taco Bell, which is a Yum Brands chain, has been at the center of these issues before. In August 2010, the CDC confirmed that at least 155 people in 21 states were sickened by a salmonella outbreak caused by food consumed at Taco Bell. Taco Bell’s track record doesn’t give us much comfort, but people continue to dine at these establishments nonetheless, which begs the question: Is the public willing to risk food safety for quick, convenient and inexpensive eats?

Taco Bell in the news >>

In response to these allegations, a recent statement by Taco Bell seems to deny that the blame should fall completely on them:

“The CDC has stated the public health is not at any risk and this incident is completely over. They have not identified the food source of the food-borne illness that occurred in October and November of 2011. The CDC indicated that some of the people who were ill ate at Taco Bell, while others did not. They believe that the problem likely occurred at the supplier level before it was delivered to any restaurant or food outlet. We take food quality and safety very seriously.”

With all the gourmet recipes available out there today, it’s easy to stay home and whip up those tacos yourself. It may not be as fast as a drive-thru, but they just might be even tastier.

Pink slime gone from McDonald’s burgers
Heading to Vegas? Watch out for the water!
5 Misleading claims on food labels