While a good rule of thumb for a fun Vegas trip is to stay hydrated, you might have reason to avoid tap water. Well, at least breathing near it. Water samples from the Luxor Las Vegas hotel have tested positive for the bacteria that causes Legionnaires’ disease.

Related story Too Busy at Work to Take a Sick Day? Here’s What to Do — and What Not to Do
Legionnaires’ disease concerns 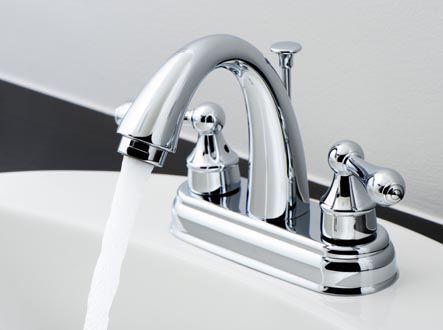 Following the death of a hotel guest from pneumonia caused by Legionnaires’ disease, some Las Vegas visitors are a little wary of the water. Now, Las Vegas health officials have confirmed that the Luxor Las Vegas hotel and casino water samples have tested positive for the bacteria that causes Legionnaires’.

What is Legionnaires’ disease?

Before you stop drinking water altogether on your next Vegas trip and suffer from terrible hangovers, let’s cover the facts. Legionnaires’ disease is caused by the Legionella bacteria and causes a specific type of pneumonia. According to the Centers for Disease Control, between 8,000 and 18,000 people are hospitalized with Legionnaires’ disease annually, although more contract it. It often goes undiagnosed or unreported.

How do you contract Legionnaires’?

It’s contracted from inhaling the mist or vapor of infected water, so if you’re worried, you’re better off skipping your daily shower or your hot tub soak while you’re in Vegas, but not your eight daily glasses of water! The CDC says it grows well in hot water — think the hot tub, cooling towers, large plumbing systems, hot water tanks or air-conditioning systems in big buildings — like hotels.

Symptoms and diagnosis of Legionnaires’

Symptoms generally appear two to 14 days after exposure and include the following:

Some people who contract Legionnaires’ may also have muscle aches and headaches.

To determine if a person who is symptomatic has Legionairres’, a chest X-ray is necessary. Additional tests include (stop eating, if you’re in the middle of lunch) sputum (phlegm), blood and urine tests.

Is the water in Las Vegas safe to drink?

Again, you’re much more likely to contract it from inhaling warm water droplets during your shower if the water source is contaminated than through the ice in your Goose and tonic, as the bacteria needs to make its way into your lungs. While it’s possible for that to happen through drinking, it’s not as likely.

Plus, Las Vegas hotels are taking steps to ensure their water is clean. “We are confident in the integrity of our systems and the safety protocols we follow at all our hotels. Guest and employee safety is always a top priority at our company,” MGM Resorts spokesman Gordon Absher said (via the Huffington Post). “Even before last summer, MGM Resorts led the industry with aggressive and stringent programs to control Legionella issues common to all large buildings.”

So, there you have it. If you’re heading to Vegas any time soon, you can’t use Legionnaires’ as an excuse to replace the water you need with extra cocktails!

Are you drinking enough water?
Is coconut water good for you?
How to get great-tasting water