Roasted chicken can be delicious served in a variety of different ways. But serve it up baked in cornbread and you’ve got a dinner no one can resist. 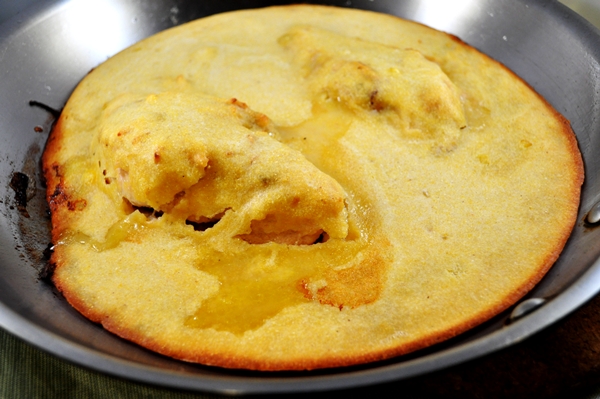 Every so often when I go out for dinner, I’ll see something on the restaurant’s menu that sounds delicious, but I won’t order it because something else that sounds even better catches my eye. And since I can’t do a tasting menu every time I go out to eat, I like to try and recreate those missed opportunities at home. Recently I saw a chicken dish the restaurant called chicken in a cloud. It was chicken and shallots baked in a cornbread crust and it sounded absolutely divine. So I thought why not give it a shot in my own kitchen. The result was just as awesome as I thought it would be.