Nachos are a staple at any Super Bowl party, but who wants to eat cheese that you pour out of a can? With a little extra effort, you can wow your guests with these super-sized, gourmet chicken nachos and nobody will miss the cheese. 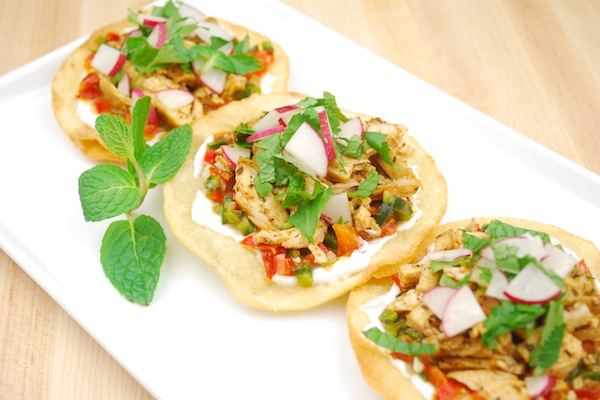 You still have some of the standard nacho toppings here, but they’re jazzed up to put these nachos over the top. Hot pepper relish, spice-rubbed chicken and a radish salad with cilantro and mint give this dish tons of flavor.