One of the top New Year’s resolutions year after year is to lose weight. This encompasses eating healthier, working out more and cutting out processed foods and sweets. As important as getting healthier and losing weight are, one key aspect of a healthy life people overlook is understanding exactly what they are eating, beyond the label. Some foods you think are bad are actually some of the best for you and vice versa. So, if you are one of the millions who vowed to make this their healthier year, take a look at these five food products and drinks to AVOID in 2012. The list may surprise you. 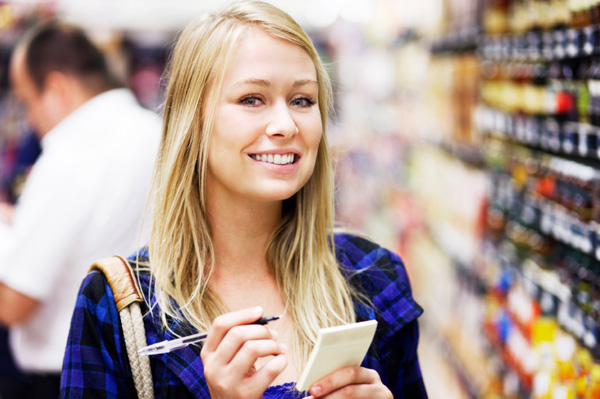 Back in the early 2000s, the fat-free diet trend was the “it” diet trend. However, the fat-free trend is long from over. Manufacturers take out key ingredients, like butters and oils, in order to reduce fat content. To keep the flavor, they started adding in preservatives, artificial flavors and sweeteners. In addition, manufacturers would add more carbohydrates, sugars and salts to the products, which increased the overall calorie content. Plus, studies have found that people would eat twice as much as they normally would have of fat-free products because of the lower fat content.

Instead of filling up on “fake” food, swap out fat-free for foods filled with “good” fat (monounsaturated and polyunsaturated fats) that are found in oils, peanut butter, spreads and many vegetables. Good fats are lower in cholesterol and work to keep you fuller longer.

You can’t go to an office today without being confronted with boxes of artificial sweeteners, like Splenda and Sweet N Low. These products are generally low in calories and are synthetic sugar substitutes. There have been countless debates on whether or not the use of these sweeteners has a link to cancer or weight gain, with no real documentation of the claims.

However, since 2012 is the year of “real food,” swap out the three packets of Sweet N Low for a package of real cane sugar or Stevia. Stevia is a natural sweetener made of only real products and is 30 times sweeter than sugar!

Soda is one of the hardest habits to kick, especially if you drink it for caffeine reliance. Regular soda is full of sugars and empty calories, which has been linked to obesity in children. Don’t think switching to diet will help the problem either. A study published in 2009 by the Journal of Diabetes care found that those who drank diet soda every day were 67 percent more likely to get Type 2 diabetes than those who didn’t. In addition, daily consumption of diet soda was tied to a higher risk of stroke and cardiovascular disease, as stated at the American Stroke Association’s International Stroke Conference.

One soda every now and then won’t kill you, but start the year fresh by swapping these cans of empty calories with caffeinated teas or coffee. If you drink it for the sweetness, try 100 percent juice drinks instead.

Due to people working longer hours and having to juggle family life with hectic careers, many people, especially women, have taken to buying “diet” frozen meals to eat for lunches and dinners. These meals are typically low in fat and calories but are also devoid of many nutrients. Many dishes use “refined” carbohydrates in place of whole grains to cut calories. Many of these frozen diet dishes are also high in sodium, which can lead to water weight gain and bloat. In addition, many of these dishes are so low in calories, containing less than 250 per box, people end up overeating the rest of the day to curb their hunger.

Instead of these store bought meals, make an easy homemade meal, like crock pot stew or soup, that can be made ahead and frozen. That way, you know exactly what you are eating.

Now, not all protein bars are created equal. Some of these bars are truly a good source of protein, especially for athletes. However, most of these bars have just as much sugar, fat and carbohydrates as a Snickers or Butterfinger bar! Studies found that those who ate the PowerBar had a quick rise of blood sugar but experienced a rapid decline shortly after — the same effects as those who ate a candy bar!