As we ring in 2012, we can’t forget that the world is supposed to end! While we don’t really believe that, this whole the-world-is-ending thing got us thinking: What do we need in our pantries to be prepared? 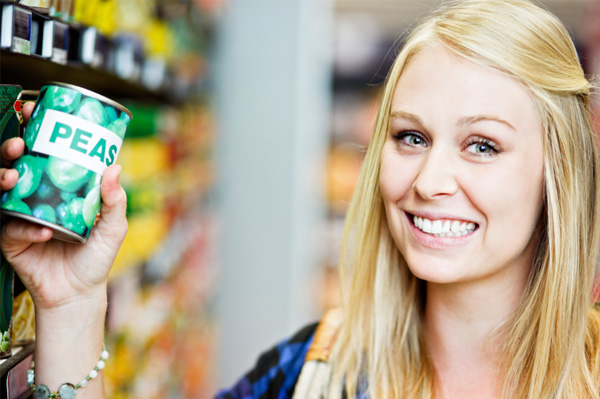 Dec. 21, 2012 — the day the world is supposed to end. We may be jumping the gun a little, but you can never be too prepared, right? Also, we realize that the end of the world means these things probably won’t be necessary, but we live by the Boy Scout motto. If you want to have a properly stocked pantry for this life-altering (literally) event, keep reading.

Recent studies about the levels of BPA in canned goods might have you concerned, but what’s a little BPA when the world is ending? You can never have too many canned goods in the event of an emergency.

Canned isn’t the only way to go. There are plenty of other food items you can stock up on that won’t go bad. Who wants to live off of nothing but tuna as the world ends? Not us.

Be honest. If the world’s about to end, a nice cocktail or glass of wine might make it a little more bearable. If you don’t drink, you can skip the alcoholic beverages. However, if you do indulge sometimes, what better time than the end of the world? If you’re particularly morbid, you can toast the occasion with a glass of Champagne. Don’t forget the mixers! Tonic is vodka‘s best friend and a bottle of the unopened fizzy stuff will last for a long time.

Don’t forget the water! We’re not listing it last because it’s not important. You can live, um, forever without booze, but only three days without water. Also, make sure to have a can opener. As much fun as it might seem to open cans of tuna with your teeth, we’re guessing there aren’t very many dentists working as the world ends.

What items are must-haves for your pantry in anticipation of the end of the world?

More on the end of the world