Food trends can be fun, but sometimes they can seem silly, overused or even weird. We’ve listed five food trends we’d love to see end in 2012. 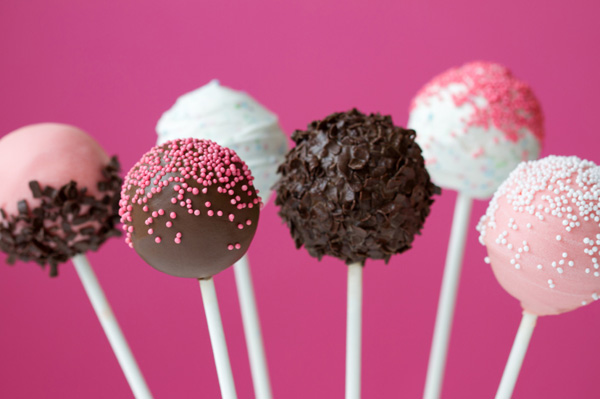 First it was the cake pop that took the country by storm. The cake pop trend began — pardon our pun — popping up on blogs and specialty bakeries, but Starbucks became the queen of cake pops when it introduced cake pops as part of its Starbucks Petites menu.

Of course, such a food trend cannot remain limited to cake, and not long after you could find just about any dessert on a stick. From apple pie pops to strawberry shortcake pops, it seems you can miniaturize any dessert, put it on a stick and sell it for a sweet profit.

We admit cake pops — and all dessert pops — are cute and great for those of us watching our calories, but this food trend is a little overused.

Yes, there were even Thanksgiving pie pops >>

Granted, the meat cupcake isn’t necessarily a food trend yet, but it was definitely introduced in 2011 and we’re hoping it stays there. Something about whipping up meat-based meals in the form of sweet desserts is a little too much for us.

Wanting in on the popularity of cupcakes, The Meatloaf Bakery in Chicago created a tasty cupcake made of — we’re certain you can guess — meat. They look cool with touches such as mashed potato frosting, but the potential confusion we could feel when biting into a cupcake shaped meat treat is a risk we don’t want to take.

Pie in the sky

Cupcakes (real ones) are so 2010. The new trend in desserts is pie. Don’t get us wrong… we love pie. The reason we’re including pie on our make-it-stop food trend list boils down to the numbers. Pie is a seriously calorie-laden dessert. A single piece of apple pie — 1/8 of a 9 inch pie — contains approximately 58 grams of carbs, 19 grams of fat and 411 calories (source: Livestrong).

Pecan pie can add another 100 calories and 6 grams of fat. Perhaps we should take back our wish for the mini pop dessert trend to die.

For lower cal pie, try these tasty alternatives to the unhealthiest holiday foods >>

McDonald’s revamped the Happy Meal, Wendy’s introduced Dave’s Hot ‘N Juicy and Burger King got crazy and gave their fries a makeover. We didn’t conduct any scientific polls, but based on readers’ reactions to us simply sharing the news, we’d say that people aren’t happy.

Many feel it’s time for the fast food industry to leave well enough alone and stop messing with their food. We apparently like familiar tastes, and when it comes to making fast food less junky, the public isn’t on board. While our country most certainly needs to move in the direction of healthier eating, most people agree that fast food just isn’t healthy in general. So why mess with it?!

Keep up with the latest news in fast food >>

We’d love to see fewer food recalls (and ideally, none) in 2012, particularly when the outcomes are deadly.

What food trends to you want to see die in 2012? Share in the comments section below!

Food news and ideas we love