While many of us love our sushi, we don’t necessarily love the idea of consuming too much mercury. Finally, there’s a solution! Keep reading to learn about the danger mercury presents, as well as the new Safe Sushi app to help you avoid it. 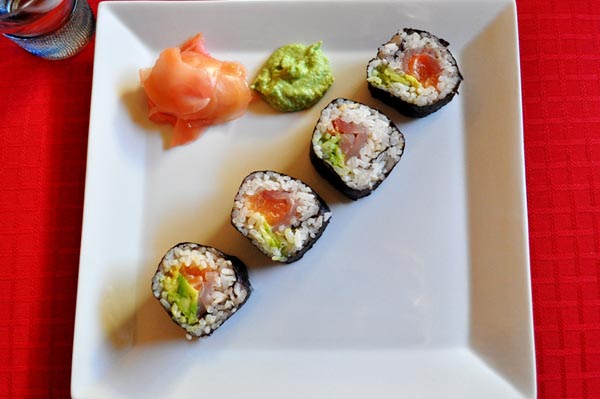 Mercury in sushi is definitely something of concern, especially for sushi lovers who enjoy it regularly and for pregnant women, women who are nursing and children. Mercury both occurs naturally and is caused by industrial pollution. Regardless of the source, one thing is for sure: You don’t want to consume it. A new smartphone app, Safe Sushi, helps keep you in the know when it comes to mercury in sushi.

Do you recall when Jeremy Piven experienced mercury poisoning and had to drop out of his Broadway play? While he became the butt of many late night television jokes, mercury poisoning is nothing to joke about.

According to the National Institute of Health, long-term exposure to mercury can cause the following neurological symptoms:

Of course, these are the most serious consequences, but regardless, mercury is something to consider when easting sushi.

We’re nearing the end of Mercury Awareness Week, and as part of if, the Sierra Club launched the Safe Sushi smartphone app. You can download it in the Android Marketplace now and it will be available in the iTunes store on Dec. 16.

The Safe Sushi app makes it simple to determine how much mercury is in your sushi, whether you’re a sushi novice or connoisseur. You can search by mercury level (high, medium or low) or you can search by the name of the sushi.

Would you use the Safe Sushi app to ensure you’re not consuming too much mercury?

Tonight’s Dinner: Ahi and salmon sushi
Have your sushi and be healthy, too
Safe sushi choices for kids