A slow cooker, some fruit juices and a healthy cut of pork are all you need for a perfect winter dinner. 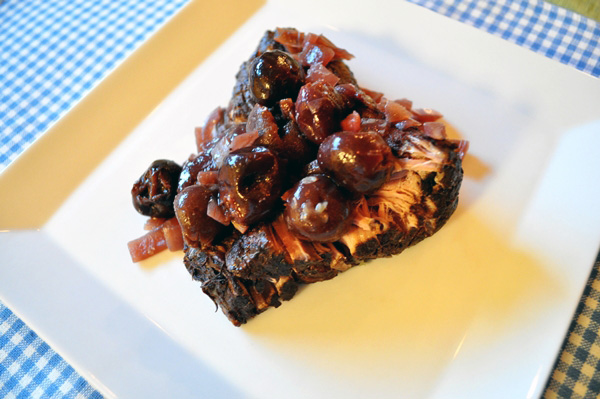 The Santa Anas are blowing wildly here in Southern California (last night they got up to 100 miles per hour). While summer Santa Ana winds mean hot, sweltering temperatures, during the winter months those winds bring a chill that makes your teeth chatter. It’s on these frigid days that I pull out my slow cooker. There’s absolutely nothing better than throwing a bunch of ingredients into a pot, turning it on and letting it cook for hours. The whole kitchen warms up, the smells are out of this world, and best of all, I don’t spend the day standing over a stove. The slow cooker allows me to do more important things, like crawl under a blanket and read a good book… or run errands. Whatever you like to do during these chilly winter days, slow cooker recipes make it so much easier and the end result is always out of this world.