Thanksgiving leftovers rank at the top of the “best of” Thanksgiving list. Who can resist a fabulous turkey sandwich with cranberries, gravy and stuffing? However, before you bite into that tasty masterpiece, think about this: Each year, over 400,000 people suffer from food poisoning after consuming Thanksgiving leftovers. Follow these food safety tips to avoid becoming a miserable statistic. 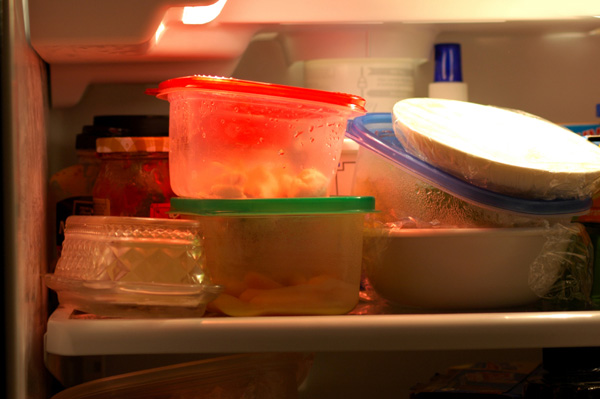 Food poisoning after Thanksgiving — or any time of the year — is no fun. The FDA recently sent out a press release directing people to its website on food safety tips for healthy holidays. Perhaps the FDA says it best: “Parties, family dinners, and other gatherings where food is served are all part of the holiday cheer. But the merriment can change to misery if food makes you or others ill.”

Hoping not to become one of the 400,000 sickies? Sounds like a good plan. Use these food safety tips from the FDA to avoid foodborne illness.

Find out how to ruin a Thanksgiving turkey >>

4. Handle the stuffing with care

Scared of the stuffing? Try these Thanksgiving turkey stuffing alternatives >>

After the big day

Is your refrigerator clean? >>

…throw it out. We know, we know. Who wants to throw out those delish foods? You do, as long as you don’t want to spend a few days curled up on the bathroom floor. If you don’t eat properly stored turkey in three days and the gravy in two, toss ’em.

If they’re not safe to eat, try these creative uses for Thanksgiving leftovers >>

Additionally, if you’ve missed the boat on these food safety tips and failed to properly refrigerate your Thanksgiving leftovers in the two-hour window, chuck them in the trash. Better to miss out on that fantastic calorie-laden leftovers sandwich than endure food poisoning.

Remember to follow these food safety tips. Foodborne illnesses are miserable at best and severe or life threatening at worst.