No, it won’t make you richer or give you everlasting health, but you may want to bring this little miracle berry to Thanksgiving this year. While it won’t actually make you a better cook, it may make others think you are. 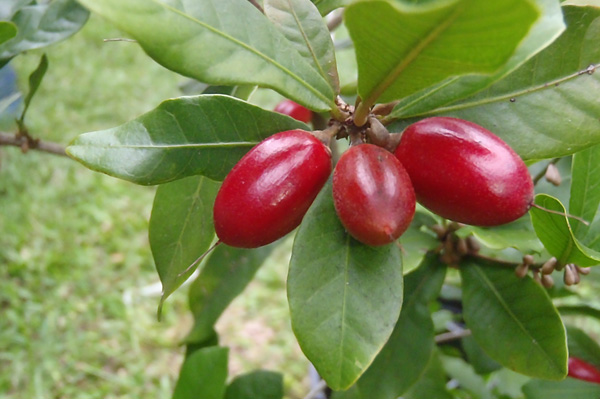 The miracle is in the protein

The miracle berry originates from Africa but is also found in other tropical climates like Puerto Rico. It contains a protein known as miraculin. Miraculin temporarily binds to the sweet taste-receptors on your tongue and makes bitter or sour food taste sweet.

The Mind and Brain Society recently rounded up several taste testers and gave them everything from vinegar to shots of hot sauce to test people’s taste perception when combined with the miracle berry. Participants were asked to chew up the berry and swish it around in their mouths for three to four minutes. After doing so, they filled their mouths with food that is typically not sweet — and voila, sour was suddenly sweet. Some people experienced major changes, like a lemon tasting sweet, while others said spicy options like wasabi just became muted and a bit more tolerable. The effects of the berry can last anywhere from 15 minutes to two hours.

The taste-testing experiment was primarily for fun, but some think the berry could be used as a nutritional supplement. There are currently no known benefits, but it has been suggested that it could be used to combat the metallic taste some cancer patients suffer from during chemotherapy.

Stock up for the holidays

The miracle berry will cost you about two to three dollars each (but that could be worth it if, for example, if you aren’t a fan of your mother-in-law’s cooking). You can find them online from various retailers. Hide those little miracles in the cranberry sauce and no one will ever know.