With the holiday battle of the bulge fast approaching, switching to a vegan diet now may just save you that feastful glut of calories and the resulting extra grueling hours at the gym. There’s no better day than today – World Vegan Day – to start cutting down on calories, saturated fat, and cruelty to animals. We turned to The Vegan Society, an educational charity that promotes the vegan lifestyle, to find out why we should consider a vegan diet and lifestyle – because being a vegan goes beyond just following an animal-free diet. 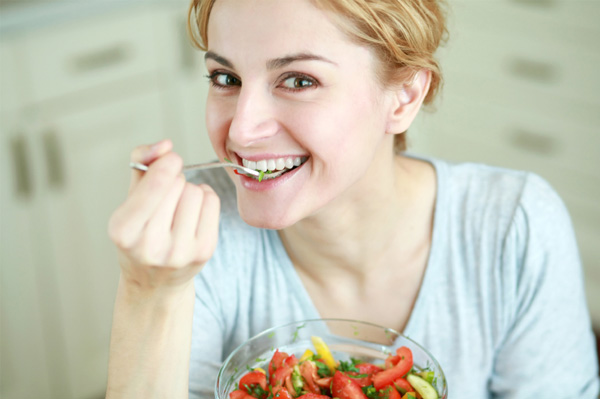 What is a vegan lifestyle?

According to the The Vegan Society, a vegan is someone who eats a plant-based diet and follows a lifestyle that doesn’t exploit or harm animals. The vegan lifestyle also benefits people and the planet. If you’re a vegan, you don’t just avoid animal-derived foods, like meat, dairy, eggs or honey (yes, vegans are protective of bees, too), you also avoid any materials that are made from animals, such as leather, wool and silk. If it comes from an animal, you steer clear.

Eating vegan is a healthy choice

The vegan diet, because it is based on plant-foods, such as fruits, vegetables, whole grains, beans, nuts and seeds, it is inherently healthier than the typical American diet, which is often wrought with processed foods high in calories, saturated fat, sodium and sugar, or based heavily on meats and dairy foods. A balanced plant-based diet is rich in vitamins, antioxidants and fiber and can decrease the chances of suffering from diabetes, heart disease, stroke and some cancers, says The Vegan Society.

The vegan lifestyle is cruelty-free

If your health isn’t enough, think about the health and welfare of the animals raised for food, clothing or accessories as well as the animals that many personal care products are tested on before going on the market. Animals are often kept in cramped and filthy conditions, suffer health problems and are either slaughtered for consumption or die prematurely. The Vegan Society says, “Choosing a vegan diet is a daily demonstration of compassion for all these creatures.”

Being vegan is being eco-friendly

The vegan diet is deliciously versatile

Don’t eschew a vegan diet because you’re worried your daily meals will be bland and unsatisfying. There are many plant-based dishes from around the world that are tongue-tantalizing and belly-filling. Best yet, you can still enjoy your favorite foods in vegan-style. Check out Miso Vegan for a mouthwatering array of vegan recipes, lifestyle tips and cruelty-free news you can use.

If that tofu turkey has left you feeling a bit empty inside, this guide will satiate your chocolate cravings without sacrificing your vegan lifestyle.

Going vegan… could your family do it?
Fab eco-beauty finds!
Vegan Thanksgiving recipes