The global population has surpassed 7 billion people just recently. This clearly has an impact on the world around us. We all need food and resources to survive, but going through life thinking resources are unlimited is not a good idea. 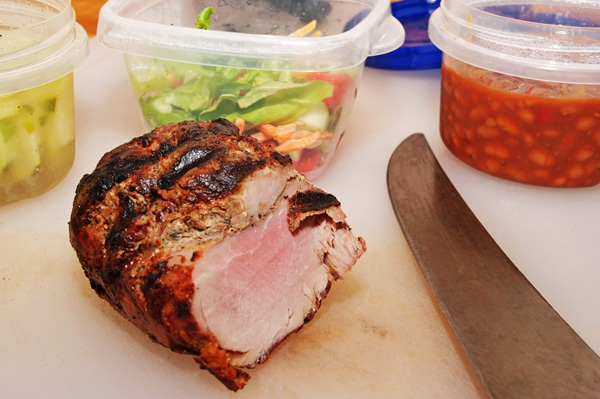 You might wonder what role you have in this new global population. Believe it or not, we can all make a difference. While we might not individually have the ability to make drastic changes across our globe, there are things you can do right in your own home that can make a positive difference and reduce food waste.

The Food and Agriculture Organization of the United Nations (FAO) commissioned a study on worldwide food waste and provided its findings in May of this year. Consider a few of its findings:

What does this mean? The study concludes that given the limited availability of natural resources, for those of us here in the US, it is more effective to reduce food losses than increase food production to feed a growing world population.

According to the U.S. Environmental Protection Agency in 2009, 243 million tons of municipal solid waste were generated in the US. Of that amount, 14.1 percent were food scraps. Where does this waste go? To the landfills.

How can you make a difference?

You can commit to reduce food waste in your household. It’s easier than you think and can also save you money.

When you have a set budget for your grocery trips, you end up going home with more of what you need rather than what you want!

FIFO for the fridge

Ever hear of FIFO? It stands for first in, first out. What does that mean? It’s an organization method that helps you make the most of what’s in your fridge. First, before shopping, take stock of the contents in your fridge. That way, you won’t end up buying extras of something you already have. I know I’ve been guilty of buying yogurt I didn’t need, all because I didn’t realize I still had a few left at the back of the fridge.

When you’re ready to set up your FIFO system, simply pull the older items in your fridge, like yogurt, to the front, and put the newly purchased yogurts behind them. You’ll use the older, still edible, items first preventing them from getting stuck in the back where you can’t find them, destined to surpass their “use by” dates and end up in the garbage.

Sometimes it’s hard to reduce a recipe, and you end up with a lot of leftovers. Let’s face it. Once, twice and three times with the same dish day after day doesn’t always fly, and food ends up in the garbage.

Instead of holding on to the leftovers for the next day, plan to immediately freeze half of what you make. Mark it clearly in an appropriate container and toss it in your freezer. Not only will it make a great meal down the road, but it will put an end to wasting your leftovers.

At mealtime, try to remember the old saying, “Your eyes are bigger than your stomach.” That means you sometimes take more than what you can eat. When you take a smaller portion, you don’t risk wasting what you might leave behind. Think of it as seasoning your food: It’s much easier to add more seasoning than to take it away. The same holds true for plate portions.

Nothing is wrong with a little organization, especially when it comes to buying groceries and cooking meals. Browse through cookbooks and your recipes at home and jot down a weekly meal schedule. That way, when you’re ready for the grocery store, you can make a list of items you’ll need and stick to the list, rather than picking up items you think you’ll need… and potentially not use.

Many people around the world do it on a daily basis. When you shop for just the things you need that day or the next, you reduce the risk of buying items that will just sit in your pantry unused, and eventually go bad. Make sure you combine trips to the grocery store with the errands you’re out running for other reasons. This will help alleviate multiple trips out and about.

Fresh food! What could be better? When you pick up fresh produce from the grocery store, chances are it had to take a bit of a journey before it got there. That means several days have likely passed before the food is on the shelves and in your fridge, reducing the shelf life of that fresh produce by the time it hits your home. When you buy local produce, like at a farmers market, the fresh produce is exactly that. Fresh!

There are things you can do in your own home to make an impact on reducing food waste. It’s easier than you think and can even save you money in the short term.