Not only are sweet potatoes in season, but they sure do make popular side dishes at this time of year. But wait! There’s more to sweet potatoes than your Aunt Mary’s version covered in brown sugar and marshmallows (not that there’s anything wrong with that once in a while)! 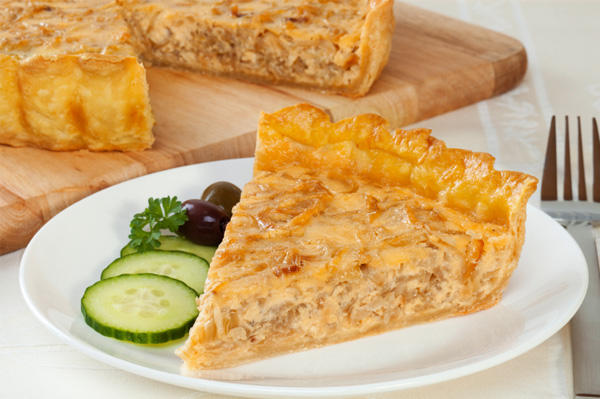 Have you been properly introduced?

If you’re thinking about what veggies are in season right now, bring on the sweet potatoes! Perhaps you only know sweet potatoes as the side dish topped with marshmallows that gets dolloped onto your plate at Thanksgiving, but there is much more to this root veggie — whose distant cousin is your basic spud — than you know.

One (3-1/2 ounce) baked sweet potato (without the brown sugar and other sweet goodies) provides so much nutritional value! Check out the following:

You can dish up sweet potatoes in just about any way possible! They can be:

You don’t have to wait for a special occasion to add a little sweet potato to your life! While they’re a holiday side-dish tradition for many, they are great to include in your meals any day of the week!

A quiche is an easy, healthy and filling meal to serve up on a Meatless Monday. Consider the following recipe for your next meatless meal!

This recipe was adapted from The Muffin Tin Post.

Making delicious substitutions for meat is easier than you think. The folks at Meatless Monday suggest that in place of chicken, beef or pork, just look for protein from beans, legumes, eggs, nuts and seeds instead.

The Meatless Monday campaign has been around, in one form or another, since World War I. Its latest initiative, started in 2003, is backed by the Johns Hopkins Bloomberg School of Public Health’s Center for a Livable Future and endorsed by 30 schools of public health.