The Day of the Dead, or Dia de Los Muertos, is a time to visit those we’ve lost and celebrate their lives with picnics and sweet goodies. So why not add some ghoulish fun to your picnic while remembering the good times? 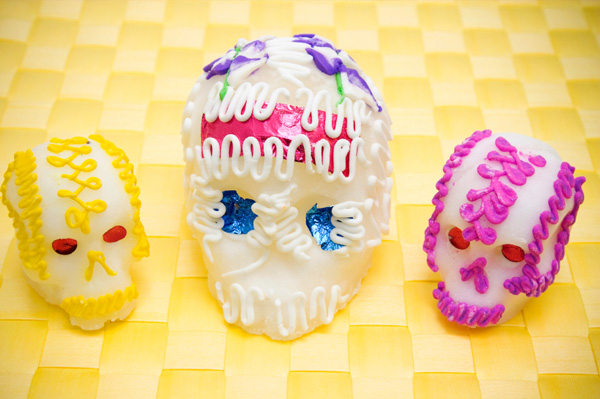 Halloween may only be a few days away, but there’s another holiday coming up that’s just as much fun and even more important. No, it’s not Thanksgiving. It’s Dia de Los Muertos or the Day of the Dead, a Mexican celebration rooted in Aztec culture that honors those who have died. The celebration occurs on the evening of Nov. 1 or the day of Nov. 2.

Dia de Los Muertos is a ritual that began with the Aztecs and is still celebrated in Mexico and in various places in the United States today. While most people consider death to be the end of life, the Aztecs believed that it was simply a continuation of life and so they embraced death. Instead of mourning those who have passed away, Dia de Los Muertos is about celebrating life. It’s a way to remember all the good deceased family members and friends did while they were alive. The common tradition involves visiting the cemetery, decorating the tombstones with family photographs, orange marigolds, toys or tequila, and then celebrating with a picnic. Participants often wear skull masks called calacas and dance to lively music. It’s even believed that the festivities are so welcoming that the dead return to celebrate with those they left behind.

There are a few traditional baked goods that families make to celebrate the occassion and to honor the dead. Some of the classics include Pan de Muerto, which is a sweet bread that has extra strips of dough covering it to simulate bones, and Chongos Zamoranos which is kind of like sweet cottage cheese. Skulls made out of sugar and decorated with brightly colored frosting are placed as an offering on tombstones as well. Since Dia de Los Muertos is a day or two after Halloween, you have to have something with pumpkin in it, right? To appease those pumpkin-craving tummies, there’s Calabaza en Tacha which is a sweetened pumpkin dish. With delicacies like these, don’t be surprised if the spirits join you in your celebration. 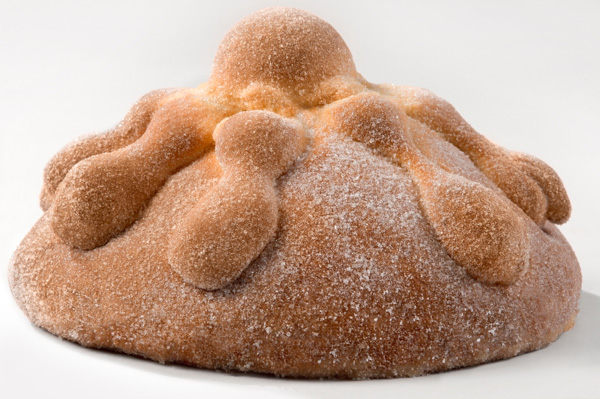