America’s unabashedly unhealthy burger joint, Heart Attack Grill, has been under fire for making a joke out of obesity. If more restaurants were equally as honest, would we see a decline in weight instead of the opposite?

Related story Could Your Cell Phone Be Making You Overweight? 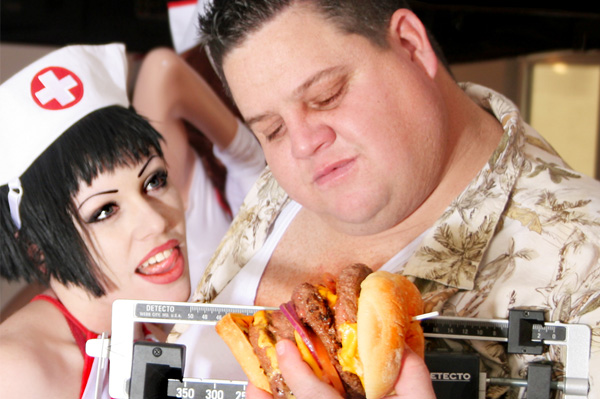 People have been quick to criticize one of America’s fattiest eateries, Heart Attack Grill. It received further negative exposure earlier this year in a sad and some say ironic twist of fate, when their 575 pound, 29-year-old spokesman died. Critics and health professionals are quick to point out that the chain is glorifying obesity at a time when the disease is more rampant than ever before. The original Arizona location closed earlier this year with no warning. The bypass burgers and flat-liner fries have made their way to Las Vegas where perhaps a restaurant with a sick sense of humor will be more appreciated. 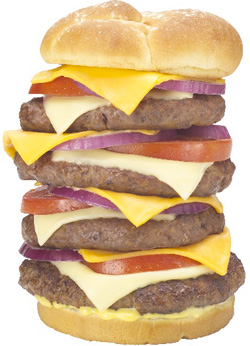 Despite the fact that there is an 8,000 calorie burger on the menu, I’m hard-pressed to blame a restaurant with admittedly unhealthy food for the demise of the health in this country. Heart Attack Grill is one of the few restaurants taking an honest approach and calling it like it is, but they are far from the only restaurant in America serving up artery clogging meals.

In an effort to actually make changes, it might be appropriate to start labeling all unhealthy food and lifestyle options as openly as the Heart Attack Grill. Apparently people need a burger named after a heart attack in order to realize it is bad for them or to be upset about it. For example, let’s call a super sized soda “3.5 times the recommended daily amount of sugar for men” or the nacho appetizer, “More than half the calories you should consume daily.” If food was labeled as such, would you think twice before ordering it?

Obesity is no joke, but the blame game isn’t going to solve the problem. What is possibly more concerning than a nurse in a short skirt delivering food, is the fact that many restaurants and fast food chains aren’t willing to divulge the facts of their fattening food. Many restaurant salads for example, which the average consumer considers to be among the healthy options, top the charts at over 1,500 calories making them a worse choice than some burgers on the same menu.

Adults have full reign over what they eat and where they eat it whether that is at a knowingly unhealthy place or not. Just because a restaurant that pokes fun at unhealthy eating is an option, doesn’t mean you have to eat there. The bigger problem is that sugary snacks, fast food restaurants and nutrient-free foods are marketed directly to children who don’t know any better.

Jamie Oliver’s Food Revolution has worked to expose what children are being fed while at school. Oliver was actually kicked out of schools for trying to make them healthier with little to no outrage by the public. With options like chocolate milk and soda in children’s reach, it’s no surprise that our health in this country is declining as our weight goes up.

While a restaurant dedicated to a calorie overload isn’t solving the problem, it isn’t causing it either. Honesty on all sides, whether food is good or bad for you, may be a more proactive way to address the issue of obesity. Individuals have a responsibility for their own health, and a bit more transparency from all restaurants could be the first step in helping consumers to make better choices when it comes to their diets.

The ?Heart Attack Grill Diet Program? can change your life…

Healthy foods to check out