Do you love tacos but hate the mess from all the fixings? This taco pie is just as good as those separate tacos but without all the mess. 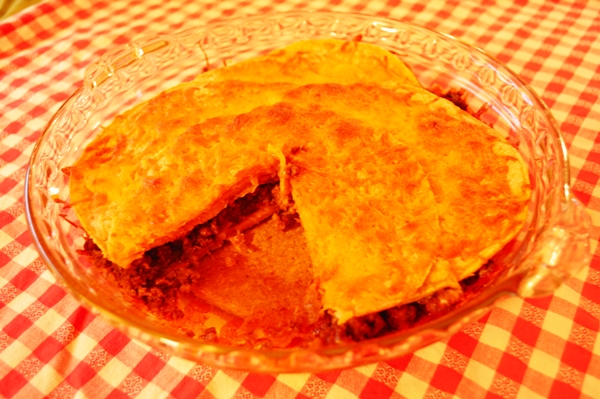 I was over at a friend’s house the other night and she was in the process of making dinner. At first I thought she was making tacos. But then she piled all that taco meat into a pie plate and put it in the oven. When asked what the interesting concoction was, she told me a taco pie. “Brilliant,” I thought. You still get all the deliciousness that comes with tacos but without all the mess. Yes, it’s not as buffet-style friendly, but it’s so easy and a nice alternative to the same old taco. And since it’s in pie form, the kids will still love it. They may even think they’re eating dessert… Maybe not, but I bet they’ll come back for seconds.

Other Taco Recipes from SheKnows