As a self-proclaimed pizza skeptic, I had low expectations for a recent trip to the Domino’s Pizza headquarters. My interactions in the past were only dictated by the convenience of the pizza chain and not by the taste. After a factory tour and plenty of pizza, my opinions have changed. 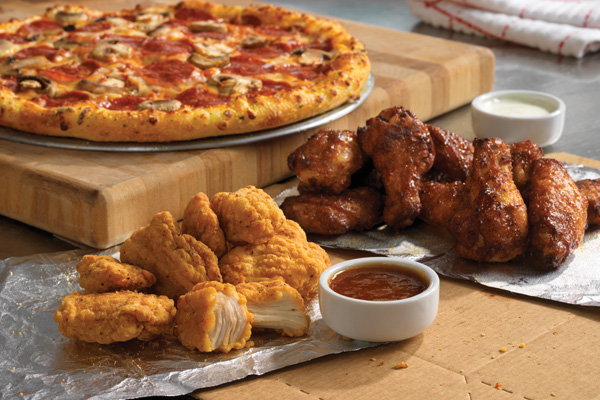 I was recently invited to Ann Arbor, Michigan to tour the pizza giant’s headquarters. I lived on Domino’s Pizza in college but that wasn’t because it tasted good. It was because I could pay for it with my pre-paid diner card at the student union. In addition, it was the only place that would deliver directly to my dorm room which was key after spending the evening playing beer pong. I haven’t ordered Domino’s pizza since graduation (when my diner card sadly became invalid), so to say I was excited about the chance to dine on hangover food once again would be an overstatement. 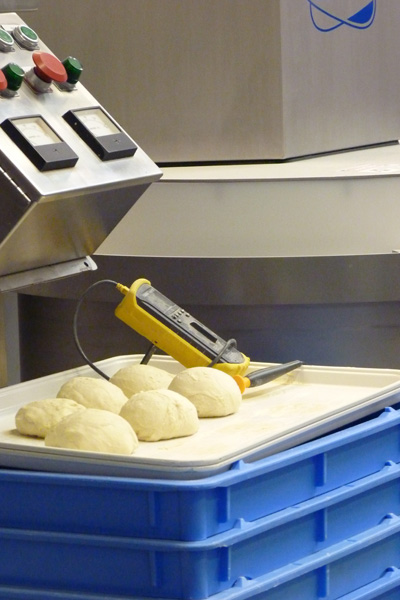 I like to think I’ve evolved since college, so with an open-mind, I hoped that Domino’s had done the same. While convenience once dictated my meal time plans, I now make my pizza decisions based on taste. Considering I am not an actor or paid employee like many of the people you hear raving about companies, I was surprised that they would take a chance on my unbiased opinions. It turns out, I was the only one in a group of eight ladies who wasn’t a regular consumer of Domino’s Pizza. As much as I wanted to conclude that they simply had low standards, I quickly realized that I might have missed something in the last few years.

My biggest qualm with large corporate giants is that quality is often the first thing to be sacrificed. As a pizza company with relatively inexpensive products, I didn’t expect Domino’s Pizza to be any different. I envisioned freezers filled with year old dough, sauce imported from the cheapest places they could find and toppings laden with preservatives.

The first shock came as we approached the headquarters only to find that it was literally in the middle of a farm, complete with cows, buffalo and sheep. The obvious question ensued, which was: Which one of those cows was next up to be pepperoni? It turns out that none of the furry residents become toppings which was great news for the vegetarians in the group.

I was most excited for the trip to the distribution center where dough production was on schedule. If I’m being honest, my dream to star in my own version of the Science Channel’s How It’s Made created much of the anticipation. However I’d also get to see for myself how clean the factory was and how fresh the dough truly was. One of the first questions asked was, what is in the dough? Aside from six basic ingredients and a few secrets, it didn’t include any preservatives. With a shelf life of six days, it is likely more fresh than many items in your local grocer’s produce section. 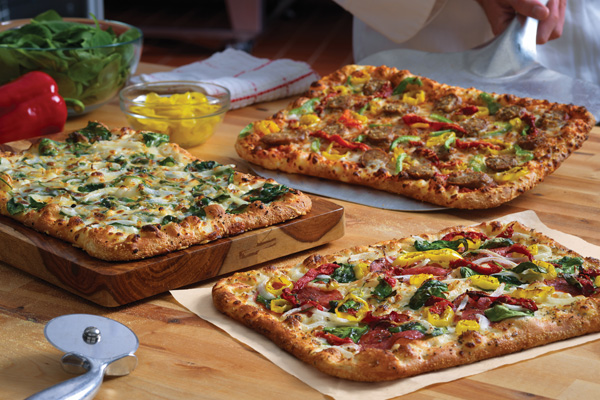 My opinions on quality were starting to sway, but the true test was eating the pizza. While at the test kitchen, we had the opportunity to make our very own version of Domino’s Pizza, from flattening the dough to watching it pass through the long pizza oven. I topped mine with heaps of cheese and veggies and slid it into the oven. Before I even tasted it, I knew it didn’t look like the pizzas of my past.

With a whole medium pizza to myself, I took the first bite, filled with hope. The pizza was actually good, and this time I was sober so I could trust my taste buds. While I’d still love to see some healthier options, like entree type salads, and I’ll probably continue to steer clear of the pasta bowls, I would order Domino’s Pizza even if my parents weren’t paying for it.

I’m fully able to admit when I’ve made a mistake and this time, especially since I had to eat it, I was pleased to be wrong. Plus, Domino’s is familiar with huge mistakes, so I knew they wouldn’t hold it against me. Some 50 years ago, Domino’s co-founder James Monaghan sold his stake of the company to his brother Tom for the cost of a Volkswagen Beetle. I bet he wishes he could correct his misconception of the company as easily as I did.