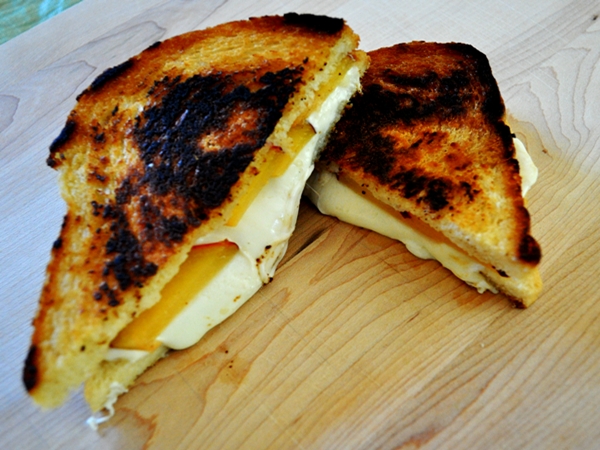 About six weeks ago I did a recipe on fruit quesadillas. Since they were such a huge success with my family, I wondered how the American version of that dish would go over. There are still a few weeks left of pluot season, so I thought I’d give it a try. But this time, instead of tortillas and that yummy shredded Mexican blend cheese, I was going to use fresh sourdough bread and fresh mozzarella. I even dipped it in a little white balsamic for some extra tang. The result was even better than I hoped. My son actually wanted seconds, which isn’t very common in my house. So, you can bet I’ll definitely be making these again before pluot season ends.

Other Grilled Cheese Recipes from SheKnows