Sesame Street is tackling the issue of food insecurity — or hunger — with a new Muppet named Lily. Learn more about the one-hour special, as well as this serious issue that many families face. 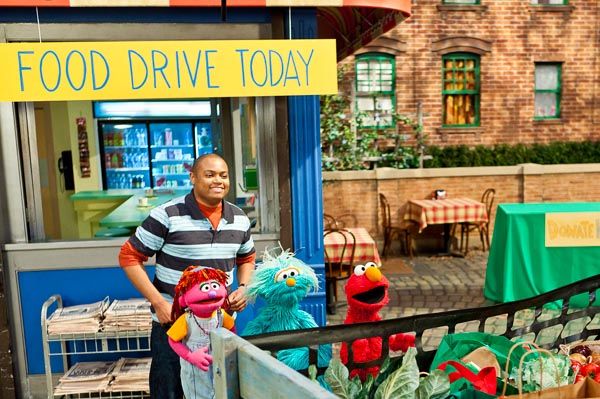 Sesame Street isn’t afraid to tackle the tough issues. This time, the program takes on food insecurity, or hunger, in a one-hour primetime special called Growing Hope Against Hunger.

Brad Paisley and Kimberly Williams Paisley join the Sesame Street characters, along with a new Muppet named Lily, to bring awareness to the issue of hunger. Lily and her family face the ongoing struggle of hunger in their daily lives. The cast presents different families’ stories about their struggles with hunger.

“Food insecurity is a growing and difficult issue for adults to discuss, much less children,” said Brad and Kimberly Paisley. “We are honored that Sesame Street, with its long history of tackling difficult issues with sensitivity, caring and warmth, asked us to be a part of this important project. We hope that it will not only provide families with the tools they need to help them cope and live the healthiest life possible, but will educate the general population about the extent of food insecurity and hunger in the United States.”

According to the United States Department of Agriculture, 17 million American children have uncertain or limited access to nutritious food. Half of those children are under the age of six.

A recent survey shows that hunger in America is a real problem. In fact, 24 percent of the respondents were concerned about having enough money to purchase adequate food over the year.

How you can help or receive help

You can help the hungry in a number of ways — through food donations to local food banks or monetary donations to organizations that work to fight hunger. If you need somewhere to begin, Feeding America is the nation’s leading domestic hunger-relief charity. You can donate money to Feeding America or you can volunteer your time.

If you need help providing food for your family or yourself, learn where you can receive help from Feed America.

Hunger in America: How you can help
Demolishing hunger, one can at a time