Have you heard of pawpaw? We’re not talking about your grandpa! The pawpaw is a lesser-known fruit that is full of antioxidants. Learn where to find it and why it’s good for you. 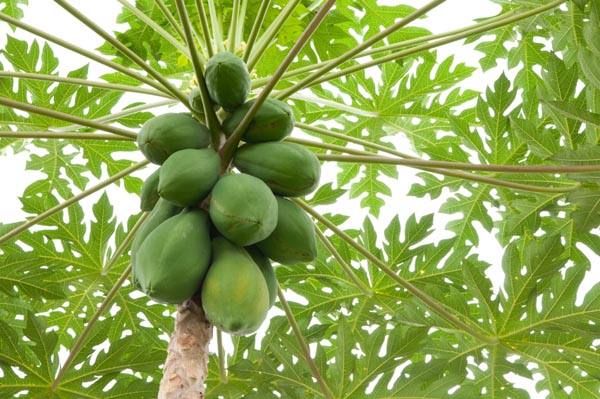 You have pawpaw in your fruit bowl, right? Probably not — because it’s not sold in commercial grocery stores. In fact, many people hadn’t even heard of it until NPR ran a story on the pawpaw, which just so happens to be in season right now.

Apparently, the pawpaw is a “mango-like fruit” that isn’t sold in stores. Alison Aubrey, who wrote the story, traveled with some friends along the Potomac River near Washington, D.C., to find the pawpaw. She describes it as “sort of mango-meets-the-banana … with a little hint of melon.”

The pawpaw has a history that dates back to the 1500s, when Spanish explorer Hernando de Soto discovered Native Americans eating pawpaws in the Mississippi Valley. Thomas Jefferson had pawpaws at Monticello and Lewis and Clark ate pawpaws when they were short on food.

The pawpaw was commercialized very recently, but it is only available at select farmers markets. Only a few orchards grow the pawpaw — at least for now.

Why is it so great? Kentucky State University has a pawpaw research program. The website explains that the pawpaw has a tropical fruit flavor — a mixture of banana, mango and pineapple. It’s nutritious and high in antioxidants, which is a good reason to eat it and tastes great blended in fruit drinks, yogurt, ice cream and more.

>> Improve your eyesight with antioxidants and omega-3s

The pawpaw sounds good to us — a tropical fruit with health benefits! Maybe one day the pawpaw will make its way to the grocery store.