Constantine Tzortzis didn’t find love on The Bachelorette, but he had a great time cooking with the guys in the mansion’s kitchen. 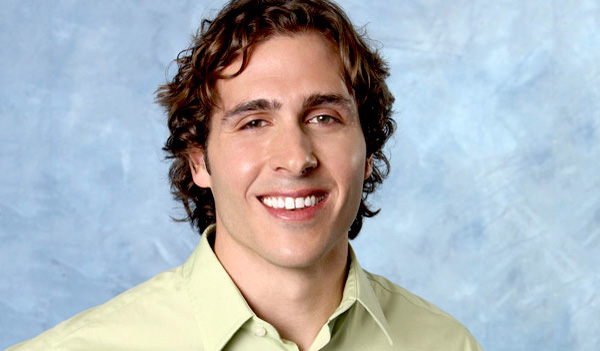 When Constantine Tzortzis auditioned for the most recent season of The Bachelorette, he posed an important question during casting interviews.

“I said, ‘Listen, I’m pretty laid back, but the number one thing is food. You gotta tell me, are we going to be able to eat whenever we want?'”

It was a pressing issue because Tzortzis grew up in a restaurant – his mom and dad’s restaurant, where a snack or a meal was never very far away.

Now, he owns and operates Giorgio’s with his parents.

The show’s producers told him not to worry because off-camera, he could have the run of the kitchen when he moved into The Bachelorette mansion for Season 7, which ended this summer.

Tzortzis got to know his way around that kitchen pretty well. He was one of the final three contestants on the show and he said he surprised himself when week after week, bachelorette Ashley Hebert picked him to stick around. After all, Tzortzis packed just three shirts that he felt were appropriate for the rose ceremony.

After taking Hebert on a hometown date to meet his family, Tzortzis decided things between them weren’t clicking, and he left the show.

He returned home, got back in the groove at Giorgio’s and changed his Twitter profile to read “moderately famous D-List celebrity.”

Here, Tzortzis talks about cooking at home, his new fame at Giorgio’s, and the outrageous grocery request he made to The Bachelorette producers.

SK: Tell us more about off-camera meals on the show. Did you get to cook?

CT: When we moved into the mansion, there was this beautiful kitchen. It was like a mini version of what you have in a restaurant. They brought in I think $5,000 worth of groceries. It was ridiculous the money they spent on groceries.

Me and another guy named Mickey, who is a chef, and Ben F., we were the main cooks. We were always cooking for the rest of the crew.

It was so much fun. Probably my favorite time at the beginning was hanging out with everyone, eating and cooking.

SK: Did you ask for certain items from the store?

CT: They told us to make a grocery list, and that they would get us anything we needed. So we wrote down filet mignon times 19, just to see what we could get away with.

SK: Did you get them?

CT: They never brought the filets. That doesn’t mean we were without. There was always a ton of food.

When you watch the show, you don’t realize that there’s no real gym. You can swim in the pool or run laps around the house, but you’re bored, and there’s no TV. You’re like, ‘Let’s go to the kitchen and make something.’ You find yourself eating all day long.

SK: Did you gain weight then?

CT: I probably put on about seven or eight pounds.

SK: When you left home for the show, how did you feel about leaving your post at Giorgio’s?

CT: There were times that I felt guilty. I knew (my parents) were fine, but at the moment, I felt like I was going on vacation for 2-1/2 months.

But, come full circle, it increased our business so much that it was actually a really awesome thing. I never realized it would have that effect. That might sound naive, but I didn’t think I would make it to a hometown date, and I didn’t think that people would recognize my restaurant and me. It was really nice, giving back to my family that way.

SK: What’s your life like at the restaurant, post-Bachelorette?

CT: I meet a lot of people at the restaurant now. I’m constantly taking pictures and chatting with them. They’re all curious about the show. They end up loving the food … and I’ve seen them two or three times since the first time they came in.

SK: When you’re not working, what do you like to cook?

CT: Sunday is the day I really enjoy cooking. I go to Whole Foods and pick up some stuff and then have people over for dinner or cook at my folks’ house for them.

I was raised on a Mediterranean diet, so that’s what’s most familiar to me. Last Sunday I bought a bunch of red snapper, cleaned them and wrapped them in grape leaves. There’s a big grape vine at my folks’ house, so I picked a bunch of the leaves, quick-boiled them and then put them in the refrigerator for an hour or two.

You rub the fish with olive oil, salt and pepper and stuff it with lemons. Then wrap the fish in the grape leaves. I put them in a fish basket and cook them on the grill. Red snapper is my favorite fish in the world.

SK: Do you have a signature dish?

CT: There’s a quinoa salad that I like to make. I add in pistachios, feta cheese, Kalamata olives, tomatoes, cranberries and a little olive oil, so it’s like a Mediterranean quinoa salad.

SK: When you’re trying to impress someone, like a date, with your cooking, what do you make?

CT: When I try to impress somebody, I just cook more food than is actually needed.

More news from The Bachelorette

Ali Fedotowsky’s advice for snagging your own Roberto

Ben Flajnik to be the next Bachelor
Jillian Harris says: ‘Throw away the design magazines!”