The man who created Doritos passed away today at 97 years old. To honor his contribution to the world of chips, his family has a unique plan for his burial! 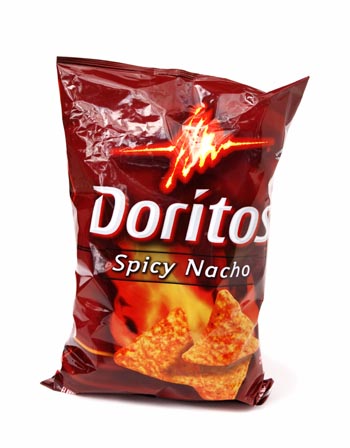 Doritos lovers, take a moment to mourn. The man behind the chips has passed away. Arch West is credited with creating Doritos, so we have him to thank for coming up with the tasty snack that evolved into flavors such as Cool Ranch, Nacho Cheese and Spicy Nacho.

Mr. West was a retired Frito-Lay marketing exec who, according to CBS, was inspired to create Doritos on a family trip to San Diego in 1961. He found a “snack shack” that sold fried tortilla chips — and the rest is history.

He died on Tuesday at the age of 97. His funeral is scheduled for Oct. 1, but it won’t be your average funeral. Mr. West will be buried under more than just dirt. His family told a local newspaper that they plan on “tossing Doritos chips in before they put the dirt over the urn.”

Unfortunately, West won’t have the opportunity to see Doritos’ Sixth Annual “Crash the Super Bowl” contest, where Doritos fans submit their own Doritos commercials. Other fans vote for their favorites, and the most popular will air during the Super Bowl. Winners can receive up to $1 million.

This year, Doritos teamed up with Saturday Night Live actor Andy Samberg. He and two of his friends will create their own commercial for the contest.