Instead of serving the same old boxed macaroni and cheese, why not turn it into something new and interesting by adding some chicken and tomatoes? 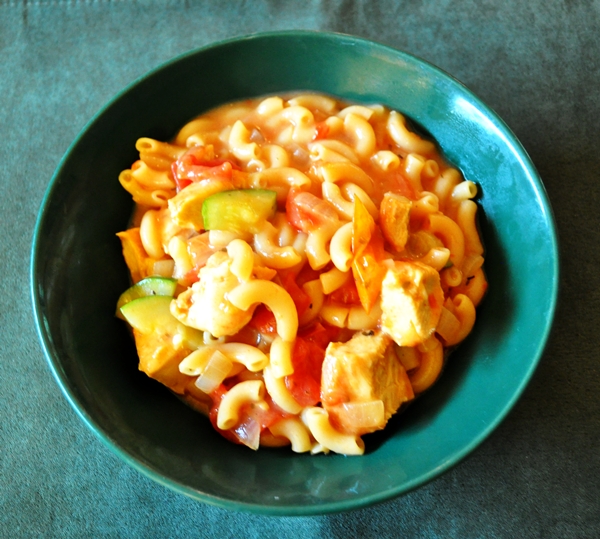 Sometimes it’s just easier to take a box of mac and cheese off the shelf instead of trying to come up with some new and interesting dinner the family will enjoy. Don’t beat yourself up about it — we all do it, even me. Believe me, there are times when the last thing I want to do is stand over a stove for an hour or so and make something that I know I’ll love but the rest of my family may not. These are the times I grab the pre-boxed items. But instead of simply following the directions, I’ll use the box as my base. That’s right, I use the box of mac and cheese but then add in a protein, a vegetable or both. That way the kids are getting something I know they like, but I’m adding a little something extra to make it more filling or even better, healthier.

Taste of Home does this quite often and I love them for it. They’ve given me wonderful ways to spice up rice pilaf, tater tots and now mac and cheese. So the next time you’re not in the mood to make a complicated meal, go ahead and grab that box off the shelf. You can whip up something unexpected that the family won’t be able to get enough of.

Other mac and cheese recipes from SheKnows