The second turkey recall in two months from food giant Cargill is a result of a sample testing positive for salmonella. Although this second recall is not as big as the recall from last month — about 185,000 pounds of ground turkey are being recalled — the turkey products were distributed nationwide. 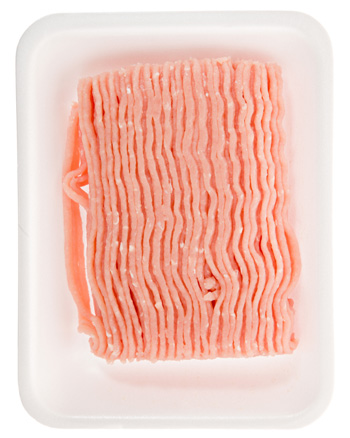 Cargill spokesman, Mike Martin, said all ground turkey related to the second recall was produced at the company’s Springdale, Arkansas plant and has “P-963” or “963” on the package in a USDA seal or on the cellophane. Consumers who bought products with that identification number can call 1-888-812-1646 for instructions on what to do, he said.

The turkey, which was tested on Aug. 24, contained the same strain of salmonella tied to the August recall. No illnesses have been tied to the second recall, initiated after a sample from the company’s plant in Springdale tested positive for salmonella, according to the U.S. Department of Agriculture.

After the first recall, Cargill added two more anti-bacterial washes to their processing operation in the Springdale plant, which the company noted as “the most advanced sampling and monitoring system in the poultry industry.” Martin said that it’s difficult to zero in on where the contamination originated because it could be from a number of sources including feed, water or soil.

Common symptoms of salmonella include diarrhea, abdominal cramps and fever within 12 to 72 hours of eating a contaminated product. The CDC advises that you contact your healthcare provider if you think you’ve become ill from contaminated turkey.

Martin said, “Food safety is a top priority and taken extremely seriously at Cargill because we know that millions of people throughout the U.S. are eating food that we produce every day, and we want to do everything we can to make sure that people are getting the safest food possible.”

For more information on basic food handling, prep and safety, visit the USDA.

Read more from Cargill regarding this second recall.