Just because hot dogs, hot wings and burgers are classic tailgating fare doesn’t mean you’re stuck eating the same unoriginal game day food that everyone else is putting on their plates. We’ve got some gourmet tailgating recipes that are just as easy to prepare and will make you reign supreme as the tailgating food queen. 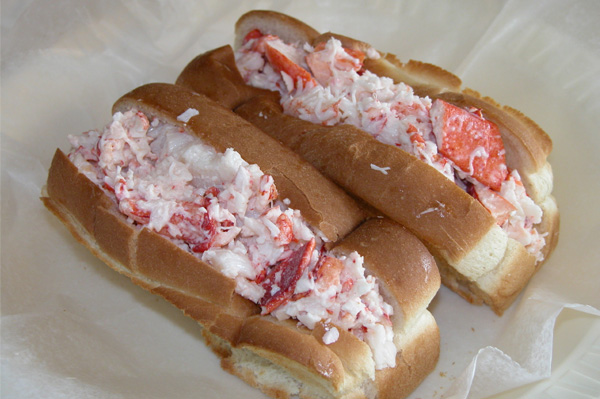 When you watch “pigskin,” shouldn’t you also eat pig? For the ultimate game day pasta dish, put this tailgating recipe on your menu. Featuring Jowciale, an American version of Guanciale (S. Wallace Edwards & Sons) just released this pork delicacy, which is essentially dry-cured and smoked hog jowels. Don’t knock it ’til you try it — once you try it, you’ll never go back to bacon.
Serves 8 | Ingredients:
Directions:
1

Cook pasta in a large pot of salted, boiling water according to package directions. Drain in a colander.

Meanwhile, in a large skillet over medium heat, cook jowciale or bacon, stirring often, until browned and the fat is rendered. Use a slotted spoon to transfer to a plate lined with paper towels to drain.

Pour off all but 3 tablespoons of fat and add onion. Cook, stirring often, until onion is translucent and softened.

Add jowciale or bacon back to pan along with the pasta and basil. Toss to combine. Season with salt and pepper.

If you’re taking the pasta to the game, transfer it to a foil pan, sprinkle generously with Parmesan and cover tightly with foil. Transport to game in an insulated bag to keep it warm. If you’re having a football gathering at your home, transfer pasta to a serving platter and serve sprinkled with Parmesan.

A lofty upgrade from hot dogs, succulent lobster meat tucked into rolls is serious gourmet tailgating fare. Make these early in the football season before winter sets in. This recipe can be cooked onsite at the tailgating site with a portable grill.
Serves 6 | Ingredients:

Preheat grill to medium-low heat and oil the grill grate.

Split the lobsters in half lengthwise. Bring the knife down through the tail, cutting through the meat and leave the shell connected. Pull off the lobster claws and legs and crack them slightly with a mallet.

Place the claws and legs on the grill and cover with foil. Cook them for five to seven minutes per side.

Increase the grill heat to medium. Brush the lobster bodies with the oil and season with salt and pepper to taste. Grill flesh side down for eight to 10 minutes or until cooked through.

Tuck lobster mixture into buns or rolls and serve with pickles.

Preheat the oven to 375 degrees F.

In a large bowl mix the oil, garlic and rosemary. Add the potatoes and toss well to coat.

Transfer the potatoes to a shallow baking pan and roast until potatoes are tender.

Add olives and toss to combine.

If you’re transporting to the game, cover baking pan with foil and place in an insulated bag. If you’re serving potatoes at home, simply set out for guests to serve themselves.