Chicken nuggets are always a big hit with kids and adults alike. But instead of grabbing that box out of the freezer, make your own. 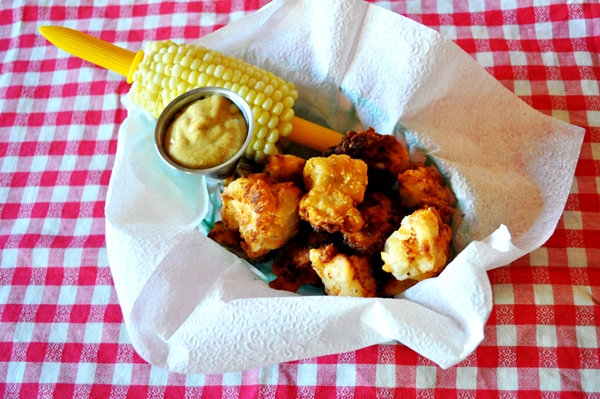 I love fried chicken. Every year for the 4th of July I make a huge batch to take down to the beach for us to eat while we watch the fireworks. But it’s rare that I make it any other time because it takes so long to prepare and then fry. As I said, though, I love fried chicken. So when Real Simple put out a recipe for popcorn chicken that would only take about 25 minutes to prepare, I knew I had to try it. And they weren’t lying, from start to table it took roughly 25 minutes. That included cutting the chicken into bite-sized pieces, dredging it in flour and buttermilk and frying it. And the result… awesome! So, so much better than the box you find in the freezer section of your local grocer. So if you’re craving fried chicken, but don’t have the time, whip up these little nuggets instead.

Other Fried Chicken Recipes from Sheknows