Chicken doesn’t have to be fried or grilled in order to make an interesting dinner. A simple ragout of broiled bell peppers and tomatoes turns chicken into something you’d find in a five star restaurant. 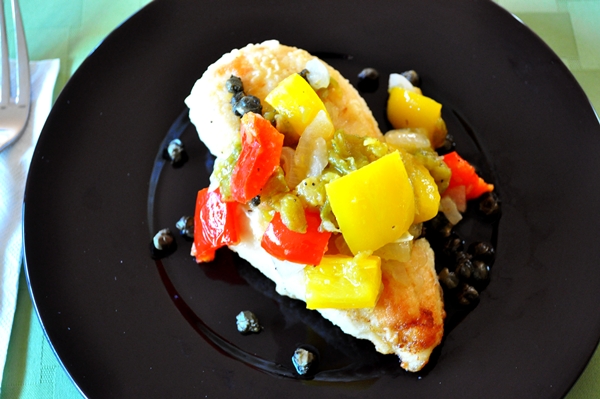 Chicken is one of those proteins that goes great with just about anything. Slice up some fruit for a delicious salad. Dredge it in flour and spices for a nice fried chicken, or cover it in salt and pepper, throw it in the oven for a wonderful roast. But if you’ve done all those things are dying to try something a little different that doesn’t take too long, why not roast some peppers and tomatoes for a delicious ragout. Mix the veggies with some capers for a salty zing, throw it over a few chicken cutlets and you’ve got a chicken dinner everyone will love.

Other Ragout Recipes from SheKnows

Beef Ragout in a Crock Pot