If you’re planning your two to three servings of fish for the week, don’t count on going to FoodNetwork.com for any recipes featuring shark meat. Thanks to a successful Internet campaign promoting shark conservation, the Food Network has removed all shark meat recipes from their website. 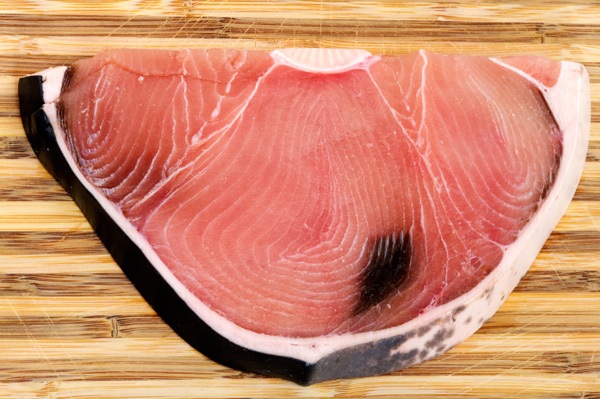 Conservation activist Jessica Belsky started the shark saving campaign on Change.org, the world’s fastest growing platform for social change, on August 2 during Discovery Channel’s Shark Week. Food Network, which previously featured recipes such as shark tacos and shark au poivre, responded to the petition within 10 days and committed to leave shark off the menu.

“As a policy, Food Network and Cooking Channel do not incorporate or showcase recipes that involve animals on endangered species list or the Monterey Bay Aquarium Seafood Watch list, with the recent addition of sharks to those watch-lists, we will make sure that future content does not highlight shark as an ingredient. We understand there are many species with sustainability concerns, and we make efforts to stay informed and pass that information onto our audience,” says Susan Stockton of the Food Network Kitchens.

Besides being a fish with the highest levels of mercury, every year tens of millions of sharks are senselessly slaughtered for their fins, known as finning, for the Asian delicacy shark fin soup. Finning is when shark hunters catch sharks, slice off their fins, then let them spin to the bottom of the ocean to bleed to death. It’s one thing to catch shark for its fins and meat, but many feel it is inhumane and irresponsible to hunt them solely for their fins.

Read more on the tragedy of shark fin soup >>

The shark population is at risk

Many sharks are threatened with extinction, with some species’ populations plummeting by as much as 90 percent in recent years. Sharks are listed on the “Red/Avoid” section of the Monterey Bay Aquarium’s Seafood Watch guide, along with more than 20 other species of fish like bluefin tuna, Chilean sea bass, and orange roughy.

Get involved because change can happen

Whether it’s shark conservation or another cause, don’t think your support won’t count. This successful campaign that resulted in the Food Network removing shark meat from their website proves there is power in numbers. “We’re thrilled that the Change.org platform has successfully connected people who care about the future of sharks to the Food Network, a brand that has a tremendous impact on popular culture,” said Sarah Parsons, senior organizer at Change.org. “This is hopefully the first step in a longer partnership, and we’re excited to see where it goes.”

More than 30,000 people joined the online campaign, many of them after the Food Network had already made the above commitment.

Try a different kind of shark on Food Network

You can still do a search for shark on FoodNetwork.com and find some recipes, but they will surprise you. Got a sweet tooth? Watch this video for Gummy Sharks. And if you’re hankering for a spirited drink, try Guy Fieri’s Shark Attack Cocktail.

This Costco Scam Is Circulating — Don’t Fall for It