The last thing you’d imagine space food to be is gourmet, but over the years through food technology space shuttle food has gone from food-in-a-tube meals to astronaut-designed multi-course meals that actually taste good. 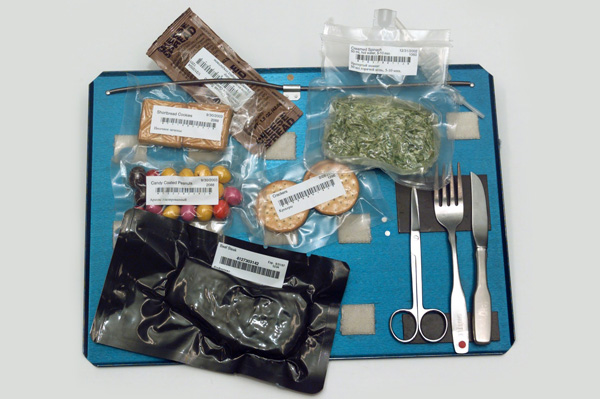 The beginnings of space food

According to NASA.org, John Glenn (America’s first man to eat anything in the near-weightless environment of Earth orbit) found the space food options very limited. He and the other astronauts in the Mercury space program had to choke down bite-sized cubes, freeze-dried powders, and semi-liquids stuffed in aluminum tubes. They faced other challenges like freeze-dried foods that were hard to rehydrate and preventing crumbs from fouling instruments.

The astronauts on the Gemini missions enjoyed a slightly improved space food menu. There were no more squeeze tubes of food, bite-sized food cubes were coated with gelatin to prevent crumbling, and freeze-dried foods were packaged better to make reconstituting easier. Even better, the Gemini astronauts were able to choose from “real” food options, such as chicken and vegetables, shrimp cocktail, applesauce and pudding. 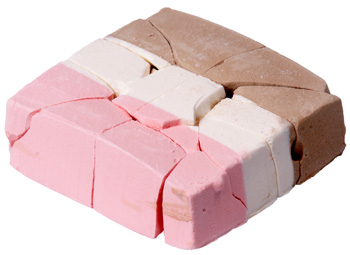 It’s hard to imagine trying to eat a meal in an anti-gravity setting and NASA solved many of the gravitational food issues in the Skylab. Astronauts on board Skylab actually had a large dining area with a table and footholds that allowed them to “sit” around the table and eat. They also got an extensive 72-item menu, freezer, and refrigerator, which no other space vehicle offered.

Astronauts today eat fairly normal foods, many commercially available on grocery store shelves, and they even design – with the help of a dietician – their own menus. Menus are based on a 7-day mission and consist of three balanced meals plus snacks each day. The astronauts’ caloric requirements are determined by the National Research Council formula for basal energy expenditure. Each astronaut’s food is identified by a colored dot affixed to each package. Reconstituting and heating food takes 20 to 30 minutes and astronauts eat with conventional utensils on a meal tray that attaches to their lap or to the wall. Space Shuttle crews have reported that the space food menus in place are actually appetizing and the dining system function wells.

Types of foods on the space shuttle

Weight and volume of foods for astronauts is carefully calculated and limited to 3.8 pounds per person per day. The foods are individually packaged and stowed for easy handling and nearly all food is precooked or processed so it requires no refrigeration and is simply to prepare. The shuttle has a fresh food locker containing fresh produce, tortillas, fresh bread, and breakfast rolls, which must be eaten within the first two days of flight. Here are the types of food you’ll find on the space shuttle.

These include food and drink. Rehydrated foods weigh less and take up less space, and astronauts only need to add water to prepare. Rehydratable foods include cereals packaged with nonfat dry milk and sugar, scrambled eggs, chicken consommé, casseroles, and shrimp cocktail.

These are canned and pouched foods that have been heat processed to destroy microorganisms and enzymes that could lead to food spoilage or food poisoning. These include fruit, tuna, puddings, beef tips, chicken a la king, and ham.

These foods are preserved by removing just enough water to protect the food from microbial growth, are semisoft in texture and can be eaten without further preparation. Foods in this category include dried peaches, pears, apricots, and dried beef.

Nuts, granola bars, and cookies are considered natural form foods and are packaged in flexible pouches. Astronauts can simply open the pouch and dig in, no further preparation required.

Astronauts don’t miss their meat when in flight. Ready-to-eat cooked beef steak is available in flexible, foil-laminated pouches and sterilized by exposure to ionizing radiation so it requires no refrigeration.

There’s no question that the astronauts on Atlantis will be thrilled to be back on Earth where food doesn’t float and doesn’t require hot water to rehydrate, but at least their space food menu is much improved since the days of the Mercury space program.

It turns out the food that astronauts eat in space is not that bad. N.A.S.A. has worked hard to make it’s space food tastier than ever.