Tuna doesn’t just have to be reserved for sandwiches or the grill. Stir-frying it with noodles is a great alternative when you have a small amount of fish and want to feed the whole family. 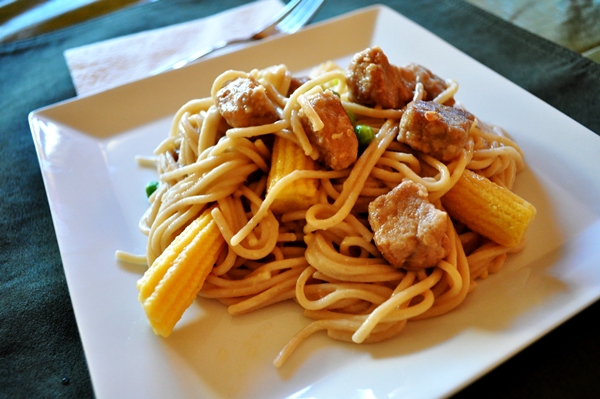 The other day I posted a recipe for a tuna sashimi salad. While it was delicious, there was more than my little family of two and a half could eat, which meant that I had a lot of raw tuna left over.

Here’s the thing about raw tuna (or any kind of fish for that matter), while you want to eat it as soon as possible, if there’s just too much to eat, you don’t need to throw the rest out. You can do what I often do which is wrap it up and put it back in the refrigerator to use a day or two later in another recipe. So, that’s what I did with our leftover sashimi. I dredged it in cornstarch, stir-fried it up with some peas, scallions, and rice noodles, and dinner was served and not an ounce of fish went to waste.

Other Stir-fry Recipes from SheKnows