Olives and capers are great together on top of chicken or seafood. Marinara sauce is wonderful over pasta or chicken. But pair the olives and capers with the marinara and you get a flavor that’s out of this world. 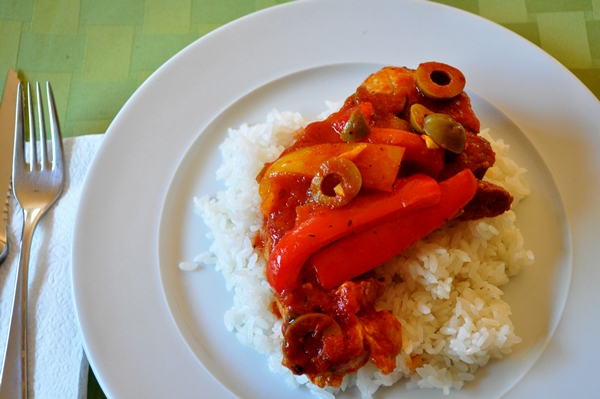 I used some jarred marinara sauce last week to make Country Captain Chicken. Since I didn’t use the whole jar, I had some left over. Unfortunately there wasn’t enough to make a pasta dinner that would serve my family. But there was more than enough to make a sauce in which to cook some pork chops. Parents Magazine suggested adding olives, capers and peppers to the sauce to give it a little extra tang. I’d never considered mixing those two flavors together but I figured, why not? The result – awesome. The sweetness of the tomato sauce coupled with the salty tang of the olives and capers created a whole new flavor that delighted the senses. While I usually only have one serving of anything I make, this recipe had me reaching for seconds.