Flag cakes usually come out for two holidays, Memorial Day, and the 4th of July. But what about Flag Day? A holiday to celebrate the birth of the American flag seems like the perfect reason to break out this tasty treat. 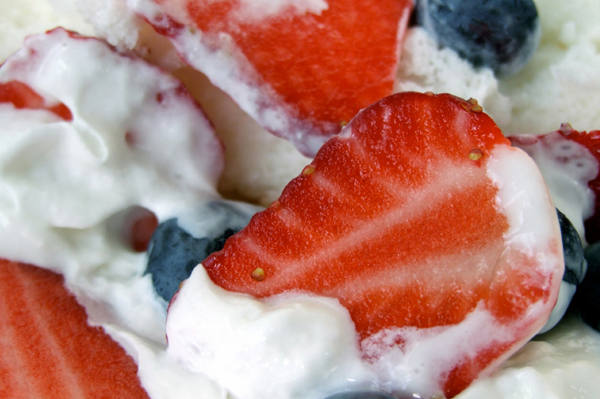 While the Stars and Stripes have been around since 1776, the holiday celebrating the flag is a much more recent event. The idea was first floated by BJ Cigrand in 1885 when he told his school class that they were going to observe the birthday of the flag on June 14th since that’s when the Stars and Stripes were officially adopted by the United States. Over the next few years, Cigrand continued to advocate the observance of June 14th as the Flag’s birthday.

More and more people picked up Cigrand’s flag waving until 1894 when more than 300,000 children throughout Chicago’s public schools participated in a variety of flag celebrations. As more and more schools celebrated the day with songs and speeches, adults got involved as well. The special day became such a patriotic spectacle that President Truman finally signed an Act of Congress designating June 14th of each year as National Flag Day.

So to celebrate, hang a flag (union at the peak, please) and have a slice of this super easy-to-make flag cake. It’ll make you wanna stand up salute that beautiful red, white, and blue.