Pork chops and spinach make a great combination for dinner. Include some Middle Eastern spices and a few golden raisins and you’ve got a delicious dinner in less than 30 minutes. 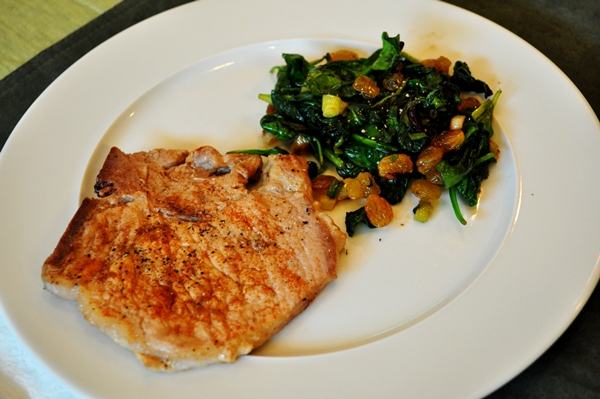 Pork chops can be delicious grilled, baked, or seared, but depending on how they’re cooked they could take anywhere from 20 to 60 minutes to make. When you’re in a rush, the last thing you want is for dinner to take forever. Add the time it could take to figure out and make a side dish, and you could be cooking for the better part of the afternoon. The great thing about this pork chop recipe from Real Simple, is that both the pork chops and the wilted spinach take less than 30 minutes to make, which means you could get home from work, prepare everything, and still have dinner on the table by six or seven o’clock. The best part is, you won’t be disappointed with the result.

Other Pork Recipes from She Knows

Bit of a kick pork chops