French food is often seen as fattening, rich, and creamy. But there are a few recipes that aren’t quite as heavy as you’d think. This Chicken Cordon Bleu is one of them. 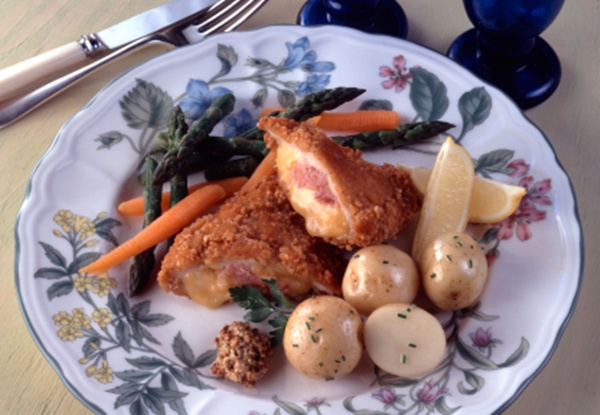 I love French food. The cream, the butter, the desserts… just thinking about it makes my mouth water. Unfortunately thinking about it also makes my arteries harden. But upon closer inspection, it turns out that not all French food is rich and heavy. As a matter of fact there are several recipes that are pretty low on the calorie counter and chicken cordon bleu is one such entrée. If you use boneless skinless chicken breasts and light cheese that means this meal is even healthier than the original. So throw those misconceptions about French food out the window and indulge for dinner tonight.

Other French Recipes from She Knows