One New York City chef admitted that he ignored customers’ requests for gluten-free food. Why? Because he says the allergy is all in people’s heads. 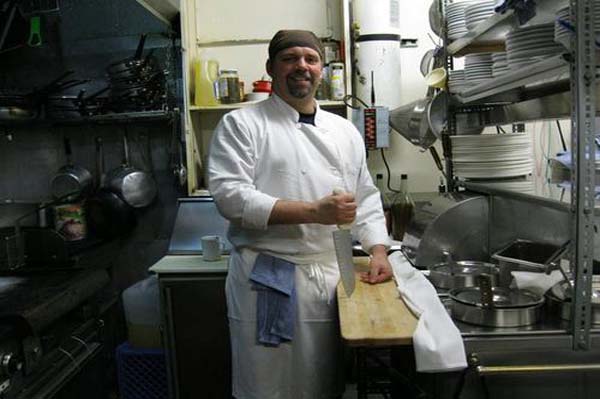 A man who claims that he was the executive chef at the now-defunct New York City restaurant Tavern on the Green claimed on his Facebook page that he made supposedly gluten-free dishes with ingredients that were actually high in gluten.

“Gluten free is bull—-!! Flour and bread have been a staple of life for thousands, THOUSANDS of years. People who claim to be gluten intolerent [sic] dont [sic] realize that its [sic] all in there [sic] disturbed little heads. People ask me for gluten free pasta in my restaurant all the time, I tell em sure, Then I serve serve em our pasta, Which I make from scratch with high gluten flour. And you know what? nothing, NOTHING! ever happens! People leave talking about how good they feel gluten free and guess what, They just had a full dose! Idiots!” Damian Cardone wrote on his Facebook page March 10. He took his page down Monday when the post went viral.

This story made our blood boil – people with Celiac disease cannot eat foods made with gluten. It’s not a made-up disease – millions of people are affected by it all over the world. In fact, the National Center for Biotechnology Information describes what happens to people with the disease.

“Celiac disease is a condition that damages the lining of the small intestine and prevents it from absorbing parts of food that are important for staying healthy. The damage is due to a reaction to eating gluten, which is found in wheat, barley, rye, and possibly oats.”

Sadly, this probably happens more than we think – and this sort of disregard for patron’s health and well-being is shocking, though not surprising.

The only bit of satisfaction we have in this is that Cardone’s web infamy will probably keep him from working as a chef ever again – and that’s the way it should be.

What do you do when eating out to ensure you aren’t getting food made with allergy-inducing ingredients?

18 hrs ago
by Jennifer Tzeses