Everyone’s heard of French onion soup—that delicious, rich soup, that just can’t be served without French bread. But what if you took all those savory flavors and ladled them over steak? You’d get a delectable dinner in less than an hour. 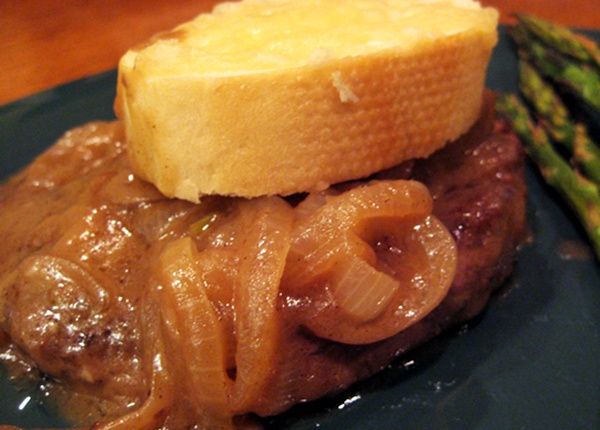 French onion soup is one of those classic dishes that’s great on a chilly winter’s night. Whether it’s the sherry, the onions, or that thick piece of French bread covered in Swiss cheese that gets you all warm and gooey inside, it doesn’t matter, it’s all wonderful.

Well, what if you took all those scrumptious flavors and put them over a 5-ounce beef tenderloin? Thanks to Eating Well, your mouthwatering appetizer turns into a succulent dinner your friends and family will savor.