People usually think of stuffing a turkey or a chicken, but making a small cut into a pork chop creates a pocket big enough to add a sweet surprise to an otherwise savory dish. 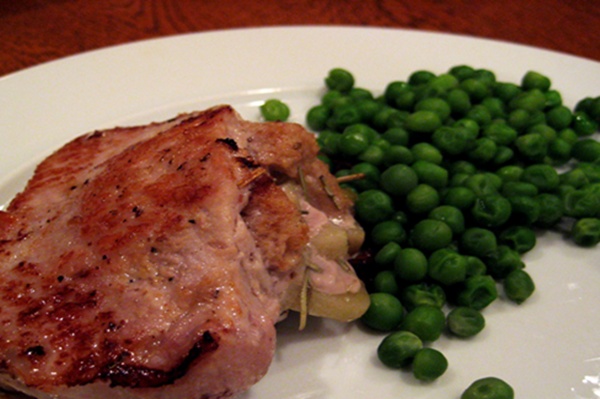 With bone-in pork chops, the bone took up at least a third of the chop. Now, boneless pork chops are making it easier to create delicious dinners. While you can still grill, bake, or sear the chops—it’s all meat—that means you have a whole new slew of options you didn’t have before.

One such option is stuffing. It may seem crazy to stuff such a small piece of meat, but adding just a spoonful or two of diced apple, pine nuts, and bread crumbs to the chop turns an already rich entrée into something really special.