The San Francisco city government passed a ban on Happy Meals this week in an effort to curb childhood obesity in the city. Is this a good or bad idea? 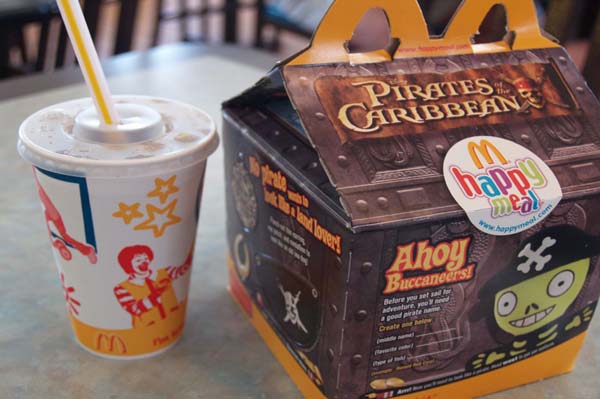 The city of San Francisco enacted a Happy Meal ban Tuesday aimed at fast food restaurants that give away toys with meals that contain too much sugar and fat.

The city’s board of supervisors passed the ban to help curb the child obesity plaguing the city. Restaurants that want to offer toys with their Happy Meals must include fruits and vegetables instead of high-fat alternatives. Meals must also contain less than 600 calories (including the drink) and only 35 percent of the calories can come from fat.

“We’re part of a movement that is moving forward an agenda of food justice,” city supervisor Eric Mar told the Los Angeles Times. “From San Francisco to New York City, the epidemic of childhood obesity in this country is making our kids sick, particularly kids from low income neighborhoods, at an alarming rate.”

Opponents of the Happy Meal ban say that this is another way government is trying to regulate a person’s right to choose what goes in their bodies.

“It’s not what our customers want, nor is it something they asked for,” McDonald’s spokesman Danya Proud said.

Even San Francisco’s mayor is against the law — he pledged to veto the measure if it came to his desk, according to The Times. Instead, city supervisors passed it with a veto-proof margin.