With the growing popularity of a beer culture, it is no wonder chefs are beginning to pair beer with dessert. You can do the same at home with a few quick tips, a few simple desserts, and a few delicious beers. 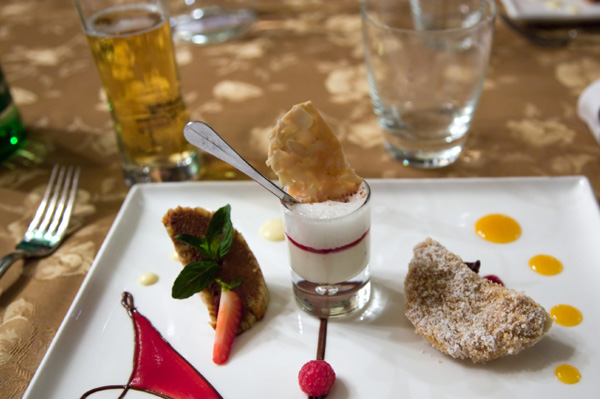 Start with the beer

It’s a lot easier to match the flavor of your favorite beer to a dessert than to find a beer to match your favorite dessert, so start by choosing a few beers you enjoy. You will definitely need to taste and evaluate the hidden flavors of the beer in order to match the profile with a sweet dessert. Simply taste a few beers and try to imagine with which dessert flavors it would pair best.

Beers that have the flavors of caramel, nuts, raisins, chocolate, or toffee often are considered bigger or heavier beers. So look for a beer that will stand up to the intense flavors of a dessert like a stout or a porter.

Some beers have fruity undertones that pair perfectly with fruity desserts. Wheat beers, for example, typically work great with fruit pies or fresh fruit. Raspberry, strawberry, or orange flavored beers typically pair well with desserts that also have those flavors.

There are no real rules for pairing beer with desserts, or any food for that matter. You simply need to taste test and decide what your taste buds like the best. Experiment with a few desserts and a few beers and you will figure out what works.

One surefire way to get a great beer and dessert pairing is to actually use the beer in the dessert. There are tons of desserts that can benefit from using beer like cakes, pies, or even ice cream. Beer adds another level of tartness and flavor to any dessert. When using beer in a dessert, be sure to serve the same beer on the side to drink.