First it was donuts, then cupcakes, then cake pops. Now, poptarts have taken center stage on the food scene. Whether it’s homemade poptart recipes, poptart sushi, or an NYC store dedicated to the beloved breakfast treats, it appears poptarts have become the new, hot snack. Here are our 5 favorite incarnations of the treat. 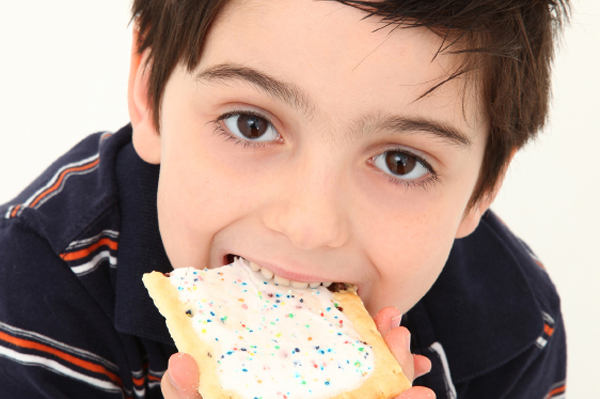 Google the word “poptarts” and you’ll find an endless array of homemade incarnations, links to the lastest in toaster pastry news, and a handful poptart-inspired snack creations. So, what of all this poptart mania? Which of the latest snacks, recipes, and ideas are the very best? Here are our Top 5 Poptart picks:

Arguably the post that kicked off the online poptart craze, Deb Perlman’s simple recreation of the classic breakfast treat has garnered more than 423 comments from adoring reader’s. Her write-up of the recipe is, as has come to be expected, crisp, witty, and utterly enjoyable.

Opened Summer 2010, in the middle of Times Square, Poptarts World is a store dedicated to the breafkast pastry. Inside, shoppers are invited to mingle at a poptart cafe, treated to hourly light shows, and given the opportunity to create their own poptart combinations.

What happens when you take blueberry poptarts, vanilla cake batter, and a batch of buttercream? Poptart-cupcake synergy, that’s what. The Caramel Cookie made the creation a reality after being inspired by the poptart cookie post at More than a Mouthful.

Panini Happy turned the poptart craze into it’s own unique blend of goodness, but showing readers how to create homemade poptarts on a panini press. The result is a beautifully brown-striped pastry with a center full of warm, oozing goodness.

Forgive me, for a moment, as I toot my own kid’s horn? Inspired by the release of Bakerella’s Cake Pops book, our family combined the fun of a cupcake-on-a-stick with the goodness of homemade poptarts. The result, bite-sized Poptart Pops that lit up the web waves with their sparkly, pink color.