Have you ever dreamed of opening your own restaurant? Then 24 Hour Restaurant Battle is a new Food Network show just for you. 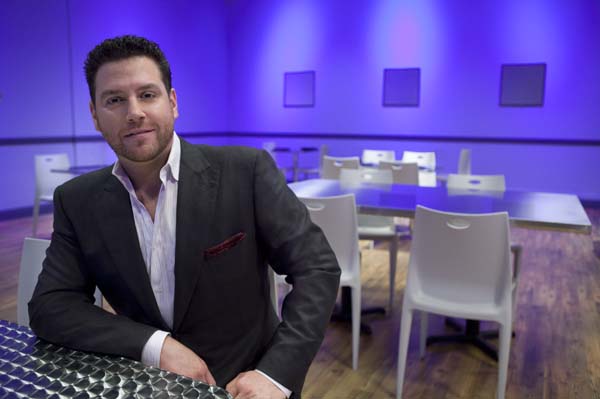 Teams of aspiring restaurateurs find out if they can stand the heat in the kitchen when they attempt to open their dream restaurants in Food Network’s new competition show, 24 Hour Restaurant Battle, premiering Wednesday, July 21st at 10pm ET/PT.

24 Hour Restaurant Battle is hosted by renowned chef, Scott Conant, owner of Scarpetta and Faustina at the Cooper Square Hotel, who spoke with SheKnows about the new show.

“The show is so heartfelt and passionate,” Conant says. “It takes me back to when I first started working in a restaurant.”

Each episode features dueling teams who must conceive, plan, and open their own restaurants in 24 hours.

“And that’s incredibly difficult to do,” Conant says. “There are just so many emotions on display in this show. It’s tough to open a restaurant anyway, but to do it in 24 hours is incredible.”

On each team, one person handles front-of-house issues like décor, seating, and service while the other manages back-of-house matters like menu planning, shopping, and cooking.

“Every single show I was inspired to do something different in my own restaurants, to think out of the box,” Conant adds. “And these people are pursuing their dreams, and there’s such an inherent sense of goodness in that.”

When the doors open, each restaurant serves a group of diners along with Scott and a rotating panel of judges. Based on the restaurant’s concept, execution, and viability, the judges choose a winning team who receive $10,000.

“I’ve seen just about everything that can happen in a kitchen,” Conant says. “There’s a whole lot of drama that goes down in a kitchen and this show is certainly no exception.”