For some, a quiet beach with a steamy romance novel is the key for a perfect summer. For others, an idyllic summer afternoon means devouring a story in which food plays a star role. Food fiction certainly isn’t a new fork in the chick lit drawer, but it does have growing appeal for multi-tasking women who want a worthwhile literary escape while also gleaning culinary inspiration to answer the nightly question, “What’s for dinner?” Here are a few food fiction books that will have you drooling while you read. 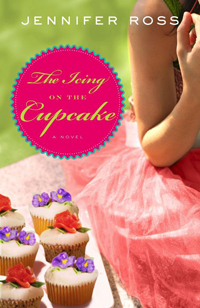 Summer reading to whet your appetite

The Icing on the Cupcake

The Icing on the Cupcake (Ballantine Books, 2010), written by Jennifer Ross, brings to life over a baker’s dozen of seriously scrumptious cupcakes emotionally – and very expertly – whippped up by Ansley Waller, a snotty Southern belle who is quickly humbled when her “sure-thing” fiance dumps her in the midst of her pretentious girl friends. Ansley makes a quick exit from her Southern roots and moves in with her recently widowed grandmother in New York City whom Ansley has never met and whom holds many family secrets that Ansley is hungry to learn. Batch after batch of creative cupcakes – Black Bottom Heartache, First Blush of Crush, Baby I Don’t Love You and more – Ansley comes to realize that there is something else, besides heartbreak, out to ruin her life. This book not only whets your appetite for the story end, but it also satisfies your craving for making the best cupcakes you’ll ever eat. 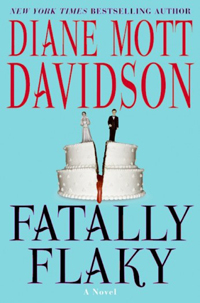 New York Times bestselling author Diane Mott Davidson is the queen of culinary mysteries, having written 15 scrumptious suspense novels featuring Goldy Schulz, caterer by day and crime solver by, well, nearly everytime she starts cooking. Fatally Flaky (Willow Morrow, 2009), the latest in the tasty crime series, takes you on wedding adventures that make your worst case marital worries look tame. In addition to encountering the Bridezilla of soon to be newlyweds, Goldy must also contend with the mysterious death of the much-loved retired town doc and a brutal attack on the doc’s friend, who also happens to be Goldy’s godfather. While putting her detective skills to work, Goldy continues to cook up delicious recipes, including Figgy Piggy, Yolanda’s Cuban Bread, Chilled Curried Chicken Salad, and a “to-die-for” Black-and-White Ice Cream Cake. Previous culinary mysteries in Mott Davidson’s collection include Sweet Revenge, Dark Tort, Chopping Spree, and Double Shot. Whether you start at the beginning of this food fiction series or pick up the 15th novel, Fatally Flaky, each book will leave you figuratively and literally hungry for more. 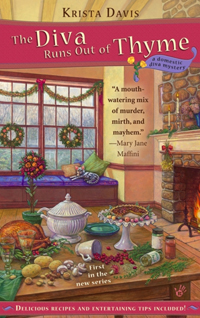 The Diva Runs Out of Thyme: A Domestic Diva Mystery

Written by Krista Davis, The Diva Runs Out of Thyme (Berkeley, 2008), the first of four in the Domestic Diva series, is a lip-smacking fast-paced culinary mystery featuring domestic diva event planner Sophie Winston, who must solve a murder while also competing against her long-time rival Natasha Smith, a TV celebrity who is shacked up with Sophie’s ex. The murder victim, a private investigator who was previously hired by Natasha, had Sophie’s name and photo in his car, leading a hunk of a detective to pursue Sophie as the murder suspect. Sophie puts on her amatuer sluething apron to find the real murderer, particularly when another dead body is found and turns out to be the judge to a food competition in which Sophie and Natasha were to go fork to fork. Crime-solving, party throwing, cooking, and a twisted plot will get your tummy growling for Davis’ next three books: The Diva Takes the Cake (Berkeley, 2009), The Diva Paints the Town (Berkeley, 2010), and The Diva Paints the Goose (look for it in December 2010).

If these books don’t hit the spot or whet your appetite for more, visit Amazon.com and search for “culinary mysteries,” “culinary mysteries with recipes,” and “food fiction.” You’ll get a tasty list of books to pick up for your hungry summer reading.