Mexico-born Chef Joseluis Flores, the most prominent Latino pastry chef in the US, brings the sweeter side of Latin-American cuisine to the home cook’s kitchen. His decadently filled cookbook Dulce: Desserts in the Latin-American Tradition (Rizzoli, May 2010), the first cookbook dedicated solely to Latin-American desserts, presents over 150 classic and modern desserts with influences from Mexico, Spain, and both Central and South America. From flan recipes to exotic confections such as Lemongrass and Vanilla Bean-Scented Rice, the impressive range of desserts will keep you intrigued to learn more about Latin-inspired sweets and recreate them in your own kitchen. 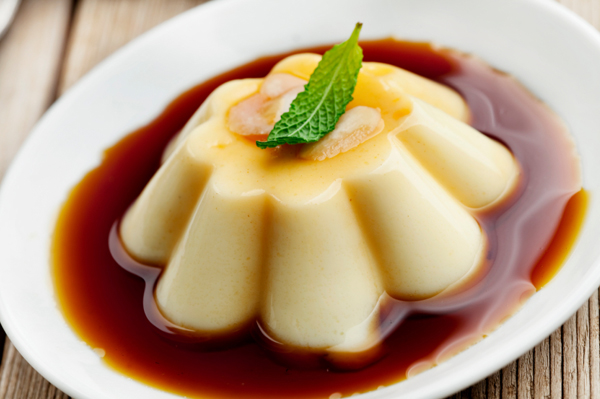 A passion for the sweet side of Latin cuisine

Chef Joseluis Flores grew up in a family who stirred his interest in making really good food a part of his daily life and eventually a successful career. Driven by a passion for the sweets in Latin cuisine, Chef Flores worked his way up from being a dishwasher to his current position as corporate executive pastry chef for the award-winning restaurants Deseo in Scottsdale, Arizona and De La Costa in Chicago, Illinois. Instead of keeping his pastry secrets to himself, the Mexico-born chef has combined his favorite Latin-American dessert recipes in a captivating yet easy to follow cookbook. Dulce is as delicious to look at as it is to use in the kitchen to recreate every one of Chef Flores’ fabulous Latin dessert recipes.

Dulce: Desserts in the Latin Tradition 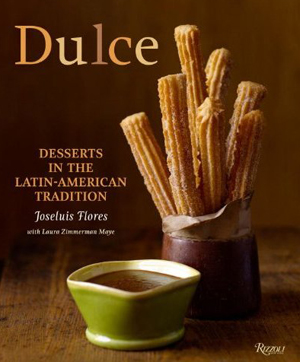 Simply reading the contents page of this coffee table-worthy cookbook will compell you to make any excuse to have dessert. Dulce’s first six chapters scrumptiously expound on flans, sweet breads, and pastries as well as chocolate, fruit, and ice cream desserts. You get a taste of classic Latin-inspired treats, such as Traditional Flan and Dulce de Leche, that sharply whet your appetite for the more exotic confections, such as Kaffir Lime-Scented Catalonian Crème Brulee and Cherimoya Mousse.

Marrying the vibrant flavors and native ingredients with Latin-American inspiration, recipes include step by step instructions, helpful head notes, and educational sidebars that will have you mastering this sweet specialty cuisine at first make. Dulce also includes a seventh chapter titled Components that is comprised of the luscious foundation ingredients, such as White Chocolate Mousse which is featured in a Peach Three Milks Cake recipe, and yummy sweet sauces and foams, which are underutilized in most American kitchens but so easy to create.

Simply paging through the dessert recipes and drool-worthy photos in Dulce will heighten your appreciation for Latin-American cuisine as you learn about the origin of recipes, the tasty array of key dessert ingredients, and the techniques used in creating these truly memorable Latin desserts.

An inventive take on a traditional Latin preparation of fish cooked by the acid of a citrus marinade, this sweet ceviche features mango, ginger, vanilla and citrus. Chef Flores recommends spooning it over chocolate cake or ice cream.

Directions:
1. In a medium saucepan over medium-high heat, bring 2 cups water, sugar, vanilla bean (and seeds), lemon peel, and ginger to a boil, stirring until the sugar is dissolved.

2. Simmer, undisturbed, for 2 minutes. Let cool to room temperature. Add lemon juice and pour syrup through a fine sieve into a clean bowl.

3. Peel mangoes, slice them very thinly or into long strips, and add them to the infused sugar syrup. Cover and refrigerate for at least 4 hours or up to 4 days.

Martha Stewart Has Amazing Thanksgiving Side Dish Recipes, But These 6 Are Especially Delicious

Costco Is Removing Popular Coconut Milk From Its Shelves, After Complaints From PETA